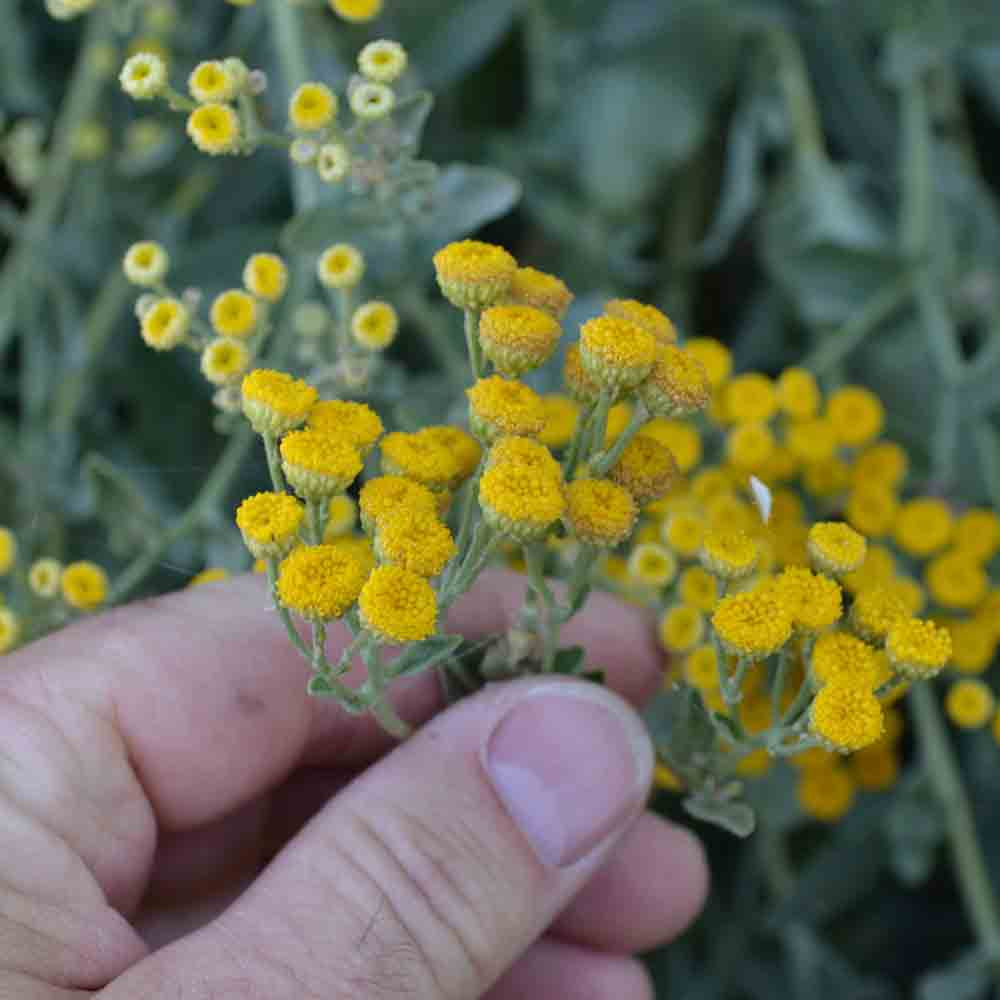 Costmary - The Biblical Herb and So Much More

Costmary is not as common as in the past, but its charming appearance, sweet fragrance and history are filled with fascinating tales from across the globe. Costmary is also called mace, Alecost and Bible leaf.

Originally found in the Orient, costmary was introduced into England in the 16th century where it became very popular. This aromatic herb has always been associated with Christianity. The fragrant leaves were tucked into Bibles and prayer books, allayed hunger and sleepiness during long sermons! Thus, nicknamed "Bible leaf". Costmary held a place in the U.S. Pharmacopoeia until 1788 for its balsamic, preservative and antiseptic properties as well as a noted insecticide. Used before hops to clear, flavor and preserve ales.

Fresh leaves give a sharp tang with a spearmint scent in salads, soups, game stuffing and fruitcakes. Also used to sweeten linen closets and in potpourris, as the scent is retained when dried.

MSRP:
Now: $30.40
Was:
Kitchen Herb Seed Collection This is the easiest way to start growing one of the most useful and rewarding gardens you can grow – your own herb garden! Herbs are truly the “Seven Wonders...

MSRP:
Now: $3.25
Was:
Borage - Blue Beauties Always in Bloom Borage is a beautiful plant to have in your garden or as a potted plant. Borage makes an excellent companion plant strengthening the resistance to insects and...

MSRP:
Now: $3.25
Was:
Lovage - The Love Parsley of the Ancient World This tall, dark and handsome herbaceous plant is perennial from Zones 3-9 and is one of the first up in the spring in most areas. Loaded with vitamins...

MSRP:
Now: $3.60
Was:
Dulce Buttons - A Little Bit of Sweet Known by the Aztec as Tzonpelic xihuitl, which literally means “sweet herb”. The tiny white buds are super sweet with a background flavor of...