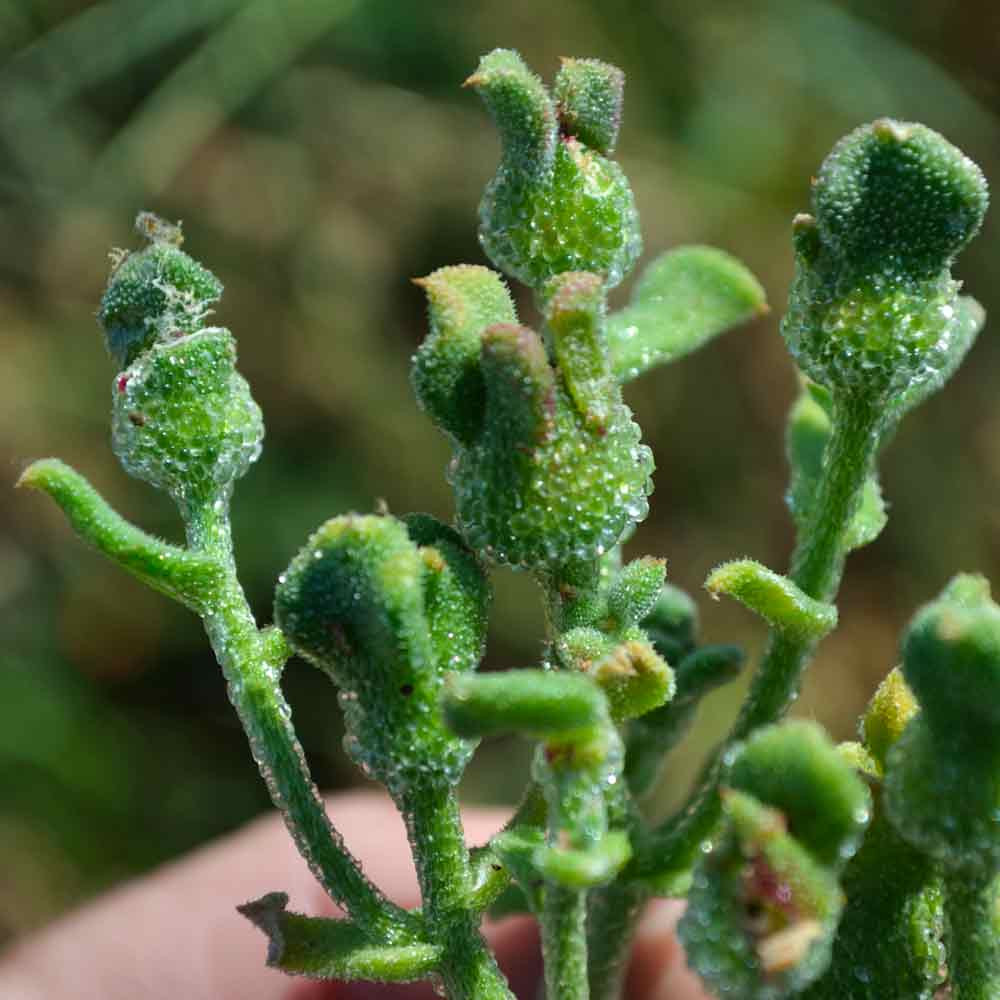 This is the new pop-star of the gourmet chef world. Used as an edible garnish for anything from steak tartare to sushi. The uses of the edible flowers and succulent leaves are only limited by your imagination.

The Crystalline Iceplant is a succulent plant originally native to South Africa but grows in many Mediterranean-like climates.  It has an edible flower and the cristalina leaves glisten due to the water vesicles which make the leaves look like they are encrusted in crystals. This easy to grow plant likes dry areas with well-drained soils. Can be grown as an edible or as a landscape plant. As the plant grows, it naturally accumulates salt from the surrounding soil. At the end of its life cycle, it releases the accumulated salt back into the soil– making it difficult for other plants, except for iceplant, to grow in the same area.

Originally a native of South Africa. It did not reach Europe and America until the 18th century and the Canary Islands until the 19th century. It has now also spread to southern Australia and coastal areas of Japan. Historically it was spread via sailing ships.

Perfect as an added salty pop of flavor to vegetable dishes or your favorite fish dish.