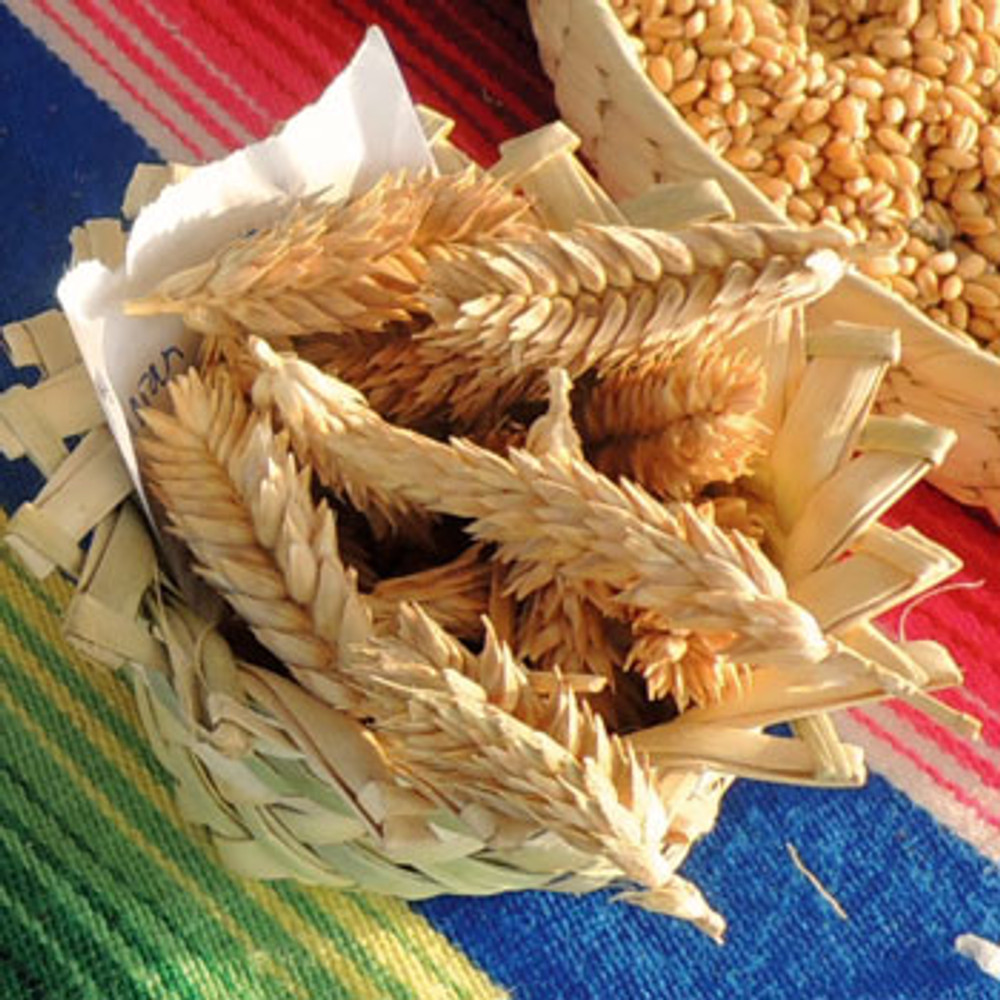 Pima Club is a soft white spring wheat with short, beardless seed heads that produce many small kernels on short, fat, flattened or club shaped ears. The white kernels are soft, the chaff is easily removed without the need for mechanical milling and grind into flour well suited for cookies and pastry.

Pima Club wheat is one of four varieties used by the Pima Indians in southern Arizona since it was introduced by Father Kino in the sixteenth century into the Sonoran region of Northern Mexico and Southern Arizona that completely altered the food life of the Pima tribes.

Four wheat varieties became the backbone of the Pima or O’odham nation; the White Sonora, the Pima Club, a semi-hard variety called Baart and a black wheat. Pima Club is preferred for making Pinole as it is a round, beardless and soft type of wheat. Pima Club was lost for a time, but was rediscovered in one of the O’odham village and grown out by a few families for Pinole, an ancient drink made from finely ground, toasted wheat or corn.

Wheat integrated into the natural cycle of farming and food collecting without interrupting or overlapping any of the traditional cycles. Wheat was planted in November or December after the indigenous crop harvest and was harvested before the traditional spring crops were planted, so it did not require extra labor or scarce natural resources while producing much needed food during the traditional spring starvation period. It meshed perfectly with the seasons, existing crops, river flows and cycle of tribal work.

MSRP:
Now: $3.55 - $16.80
Was:
White Sonora Wheat White Sonora is a soft, round-grained winter or spring wheat with pale red grains that grow on beardless heads. An early spring variety that does equally well as a winter wheat...

MSRP:
Now: $33.35
Was:
Feed the Bees Seed Collection – A Pollinator Paradise in Your Garden “Bees do have a smell, you know, and if they don’t they should, for their feet are dusted with the spices from...

MSRP:
Now: $3.55 - $16.80
Was:
White Sonora Wheat White Sonora is a soft, round-grained winter or spring wheat with pale red grains that grow on beardless heads. An early spring variety that does equally well as a winter wheat...

MSRP:
Now: $33.55
Was:
Ultimate Grain Seed Collection The Ultimate Grains Collection is the easiest growing, tried and true grains to get started with. They are ideally suited for the home gardener as they need no...