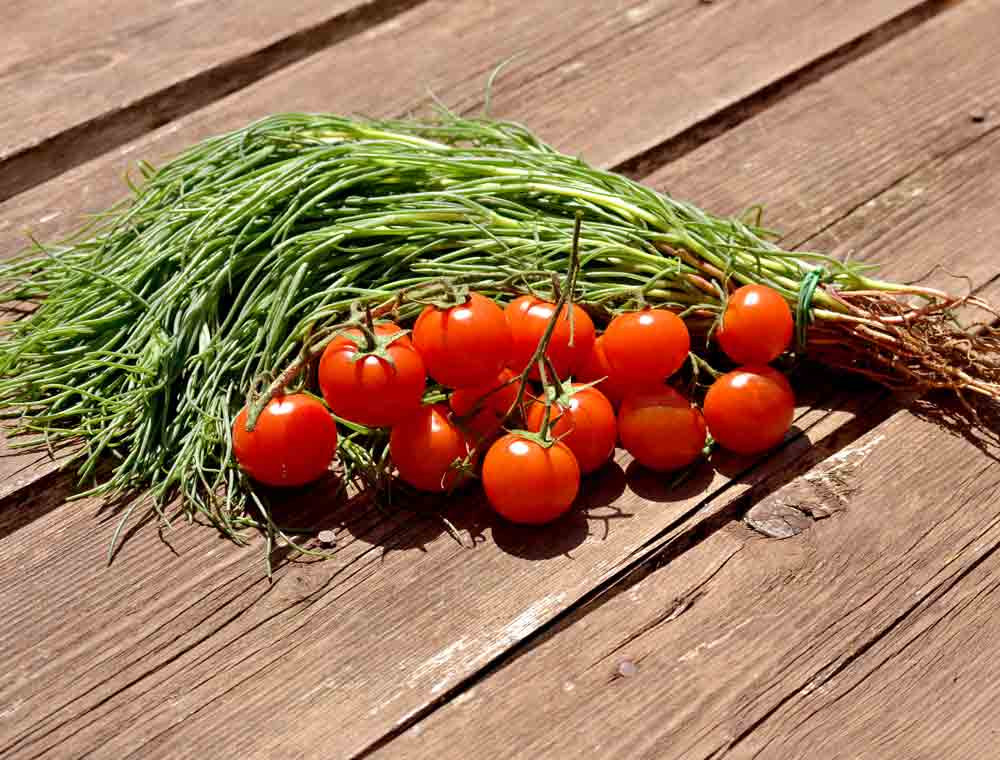 Crop Failure No Seed for 2020
Frequently bought together:

Italian Agretti – the succulent vegetable that chefs fight over

A small, salt-tolerant succulent springtime vegetable native to the Mediterranean, Agretti is a prized delicacy in Italy and Europe. The crunchy, delicate mineral taste causes stampedes of chefs in farmer’s markets when freshly harvested bunches hit the counters, usually selling out in minutes. Traditionally served with seafood, pasta, or sautéed with oil and lemon, it has gained popularity through cooking shows and magazines. Its name means "little sour one".

A rarity amongst spring vegetables, Italian Agretti is expensive and highly sought after by those chefs and cooks in the know – mainly because of its short availability of early to late spring in Europe. In contrast, it grows easily in the US - especially in western alkaline soils – with a longer growing season, being edible into early summer instead of only in the springtime.

Its long, green foliage look like bunches of very thin green onions or thick chives with a pleasantly mineral salty flavor followed by a tartness and succulent crunch when fresh and young. The flavor is likened to a more refined version of spinach and chard. Food writer and author Frances Mayes writes that "Spinach is the closest taste, but while Agretti has the mineral sharpness of spinach, it tastes livelier, full of the energy of spring."

An annual that grows into small shrubs up to 2 - 3' tall with fleshy green leaves on either red or green stems. Tiny flowers grow out of the base of the leaves near the stem. Best planted in early spring just after last frost, it is a cool-season crop. Germination is naturally low, but once it germinates the plants grow well with few pests. Re-seeds itself enthusiastically, so filling out a bed is not difficult. Harvest when shoots reach 6 - 8" by cutting close to the ground. Will re-grow, giving several harvests in a season.

Other names include Barba di Frate or Friar’s Beard, Roscano, Saltwort, and barilla plant in Spanish.

Our seed stock is grown in the western United States and well adapted to the growing conditions here.

In 16th century Italy the Venetians made their famous crystal-clear glass using Agretti that naturally grew in salty soil, often along marshes and coastal areas. It was the source of soda ash, crucial in making glass and soap. The famed clarity of 16th century cristallo glass from Murano and Venice depended on the purity of a secret ingredient, known as “Levantine soda ash”, or Agretti that was commonly found growing around the marshy coastal areas. Venetians would serve delicious dishes with it, never revealing their trade secret.

Tender, young leaves bring a nice crunch with a mildly salty, mineral flavor to salads. Lightly sautéed the taste is very similar to spinach minus any bitter flavors, and this is how it is most commonly prepared, then dressed with lemon and olive oil to accompany fish and seafood dishes. It pairs perfectly with spaghetti, giving a visual and taste compliment to the noodles.

Seed has naturally low germination, so plant the entire packet in a dedicated bed where it can re-seed and grow again.

Seed life is short, so make sure to let some plants go to seed for next year!

MSRP:
Now: $26.75
Was:
Butterfly Pavilion Seed Collection - a Garden of Butterflies and Pollinators Have you ever visited a butterfly pavilion, where hundreds or even thousands of different, multi-colored butterflies fly...

MSRP:
Now: $4.15
Was:
Mung Bean Sprouting Seeds Organic Mung Bean Sprouts are the most-grown and consumed sprout in Asian countries, as they are used widely in Asian cooking. You can grow them smaller with a more...

MSRP:
Now: $4.05
Was:
Cucamelon - The Doll House Melon These tiny, 1" light-green fruits with darker mottling look like watermelons for a dollhouse. The flesh is white, crisp, and crunchy with a slight lemony tartness...

Espelette/Basque Hot Pepper  - (Ezpeletako bipera)  The treasured chile of the Basque country, known for its robust and slightly smoky flavor. Some chiles are given treasured...