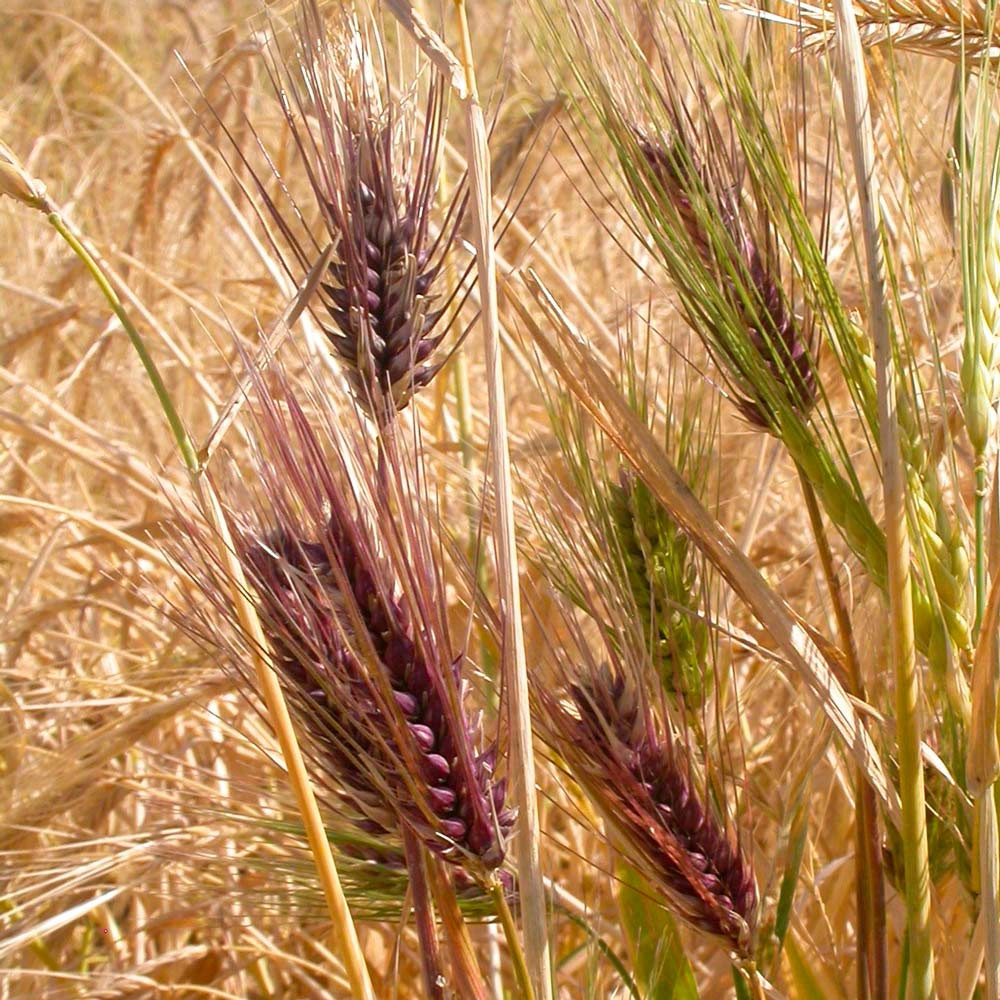 This remarkable ancient Himalayan landrace variety – rescued after languishing in obscurity for almost 100 years – is fast gaining a dedicated following for its deliciously nutty, supremely nutritious, and exceptionally tasty qualities.

First collected in 1924 during a research trip to Tibet, this barley was brought back and stored in the USDA small grain seed repository in Aberdeen, ID.

During one of their periodic grow-outs Victoria and Tom Blake at Montana State University – who had named it “Karma” – alerted Pat Hayes of Oregon State University of its potential. Pat then brought the Oregon State Barley Project in, which trialed the barley with different growers, bakers, and brewers in Oregon and Washington states to evaluate its qualities and characteristics.

Everyone agreed that this is an exceptional barley variety in all respects, with the added benefit of being “naked” or hulless – meaning the small-scale grower and home gardener do not need specialized equipment to remove the hull from the grain.

Barley was one of the first cultivated grains, along with wheat. Historical evidence shows barley being grown in Eurasia as early as 10,000 years ago, first as food and later as fodder for animals.

According to the Oregon State Barley Project, naked or hulless barley has been around for at least 8,000 years as a result of a natural mutation that was recognized as beneficial and then was specifically selected for in subsequent harvests.

In Biblical times, barley was much more widely cultivated than today and was the main food staple for the poor, being valued less than wheat.

Barley doesn’t need to be planted in plowed soil, giving it the ability to be planted in tiny plots that are inaccessible to draft animals. It also grows well in areas too dry for wheat and is often seen in semi-arid regions as on the edge of the Wilderness of Judaea east of Bethlehem.

The grain matures almost a month before wheat as noted in the book of Exodus. It continues to be an important crop in Isreal – especially around Bethlehem where it is planted and harvested by hand in tiny plots today, exactly as described in the book of Ruth.

Pliny described barley as “antiquissimum frumentum”, or the oldest of the cereals around 2,000 years ago.

Purple barley is especially valuable for home gardeners because the outer hull is only loosely connected to the kernel, it naturally falls during harvesting so does not need specialized equipment. It is highly nutritious – high in vitamins, minerals, and other essential nutrients, purple barley provides more zinc than lentils, more fiber than wheat, and three times more B Vitamins than white barley.

Not considered to be gluten-free, barely is lower in gluten than wheat with higher amounts of fiber.

Purple barley excels in soups, as the main ingredient in whole-grain salads, added to fresh salads, or as a delicious risotto. When lightly toasted in a dry pan until it pops like popcorn, it can be cooked just like brown rice, resulting in a firm texture with a delightfully rich, nutty flavor that is very satisfying.

Also great when used in stuffings, ground into flour for pancakes or muffins, or used as a rice substitute.

Broadcast the seed and then rake into the soil for better contact with the soil moisture and to protect it from birds.

Barley requires very little water to grow, water deeply during dry periods and less frequently the rest of the time. Stop watering when about 85% of the grain is set, so that it has time to dry before    harvesting.  Test a kernel by denting it with your nail. If the dent remains, the grain is past the milky stage and ready to harvest.

MSRP:
Now: $3.30
Was:
Purple Coneflower Echinacea A native perennial to eastern and central North America, where they grow in moist to dry prairies and open wooded areas. Well adapted to almost any growing situation...

MSRP:
Now: $3.30
Was:
Purple Tomatillo Grow tons of large, 2-3 oz. fruits, rich and purple with clear, delicate flesh. Tangy when green, then sweet in the ripe stage, the papery husks open as the tomatillos ripen in...

MSRP:
Now: $8.40 - $16.80
Was:
Red Fife Wheat - One of the Best Bread Flours Red Fife wheat is Canada's oldest and most cherished wheat, dating back to 1842. Its intriguing origin story involves a Scottish farmer in Canada, a...

MSRP:
Now: $8.40 - $16.80
Was:
White Sonora Wheat White Sonora is a soft, round-grained winter or spring wheat with pale red grains that grow on beardless heads. An early spring variety that does equally well as a winter wheat...