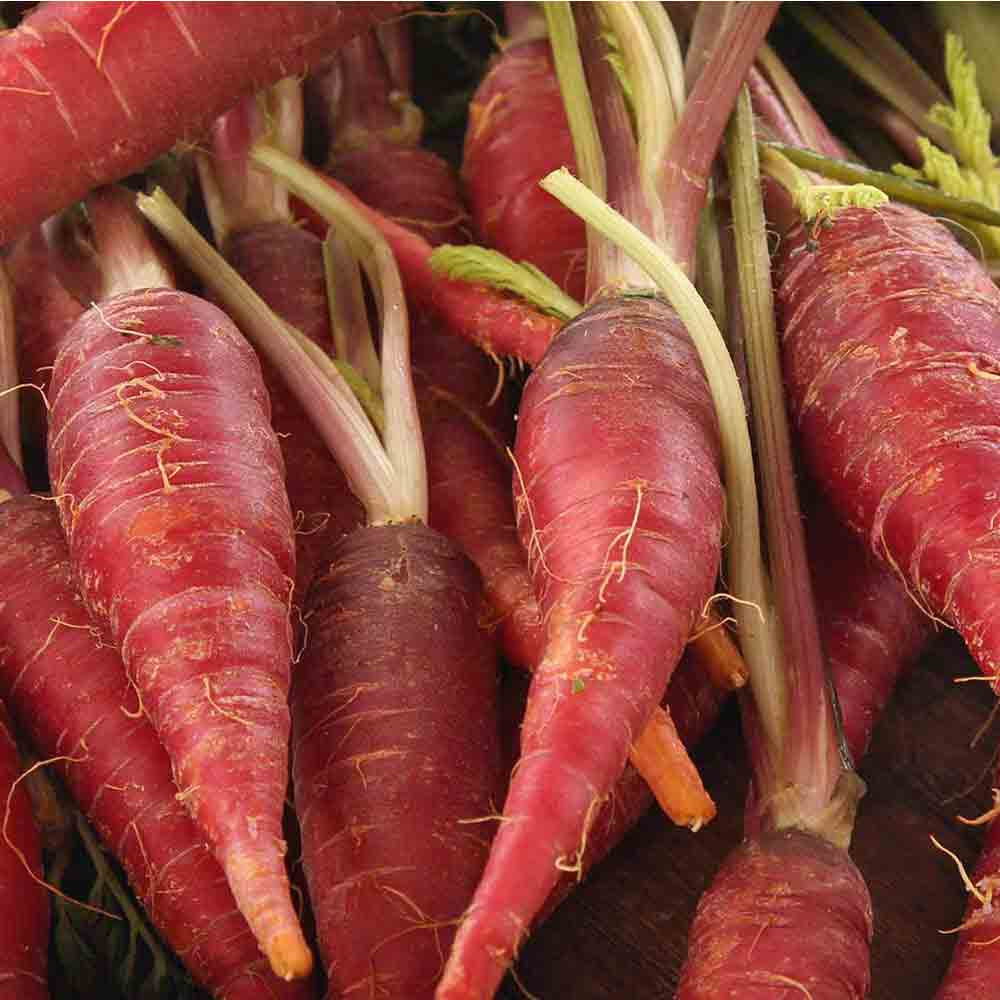 An eye-catching great tasting, true red carrot with a bold, sweet flavor, Red Samurai is a Japanese-bred treasure for your garden. Has a sweeter flavor than orange varieties due to its large, sugary core. The red color is due to a high lycopene content, the same antioxidant that gives tomatoes their red coloring. Retains its flavor after cooking, which makes the lycopene more bio-available.

The roots are long and slender, tapering at the end, growing to 11” in loose rich soil. Faster maturing than most other full-sized carrot varieties.

Carrots, as we know them today, seem to have originated in Afghanistan prior to the 900s and were yellow and purple colored. Seeds spread through trade towards the East and West, gaining differing characteristics along the way. Eastern carrots spread to central and northern Asia including India, then into Japan, with red varieties predominately preferred and grown. Western carrots were initially mostly yellow, with the more familiar orange color bred by Dutch growers in the 15th through 17th century. They were widely cultivated in Europe during the 15th and 16th centuries and were first brought over to North America during this same general time period.

Orange carrots are still the most familiar to most European and American gardeners, but the different colors are becoming more popular as more gardeners taste the different flavors.

MSRP:
Now: $3.30
Was:
Nantes Scarlet Carrot - Flavor and a Big Crunch Bright red-orange flesh is crisp, sweet, and delicious with a high sugar content, fine grained with almost no core. Average 6 - 7” long with...

MSRP:
Now: $3.30
Was:
Parisian Carrot - Sweet Tasty Tidbits Parisian carrots are highly prized among chefs for their natural “baby carrot” size and their bright flavors bursting with sweetness. As with most...