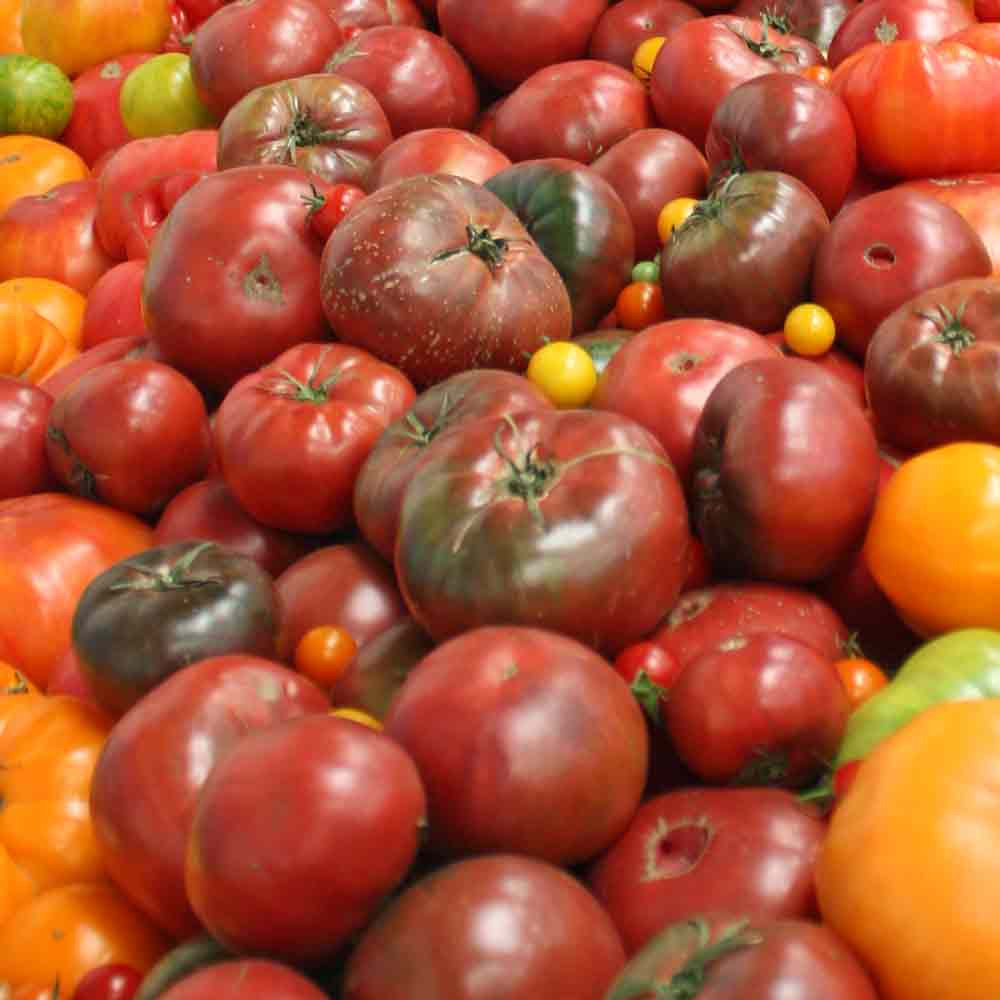 Black Krim is an heirloom tomato and considered one of the best tasting tomato varieties, consistently winning top awards and rave reviews at taste trials. Its name comes from the dark maroon to deep red-purple outer skin turning almost black with heat and sun, and Krim is the Ukrainian word for Crimea, the peninsula where this tomato originated.

Its taste makes it famous - intense, with a rich, clean, earthy, almost smoky flavor that delivers a sweetness balanced by notes of acidity, giving it a distinct, slightly salty taste. “This is the best tomato I’ve ever tasted” is often heard after the first bite.

Black Krim grows big - with fertile soil and steady moisture, it can grow six feet or more and collapse standard tomato trellises. Heavy gauge cattle panels work well for this indeterminate variety. It is heat-tolerant and exceptionally hardy as long as there is a good supply of moisture to the roots - ideal for a drip system. Shade helps reduce production slowdown during the summer in very hot climates. Tomatoes mature a bit later than some varieties, but come on strong and produce prolifically until stopped by frost.

This is an extremely popular variety with home gardeners in the western United States and is a favorite of chefs worldwide.

The history of Black Krim is a bit murky, but what is known is seeds of this and other tomatoes were gathered by British, French, Italian, and Turkish soldiers of the Crimean War (1853-1856) as they were returning home and were grown, passed down and shared through the soldiers’ families. They were valued enough to be kept in circulation until being discovered by Lars Olov Rosenstrom of Bromma, Sweden who introduced them to the wider public in 1990.

MSRP:
Now: $3.35
Was:
Stupice Tomato Small to medium sized 3 - 6 oz red fruits, sometimes having green shoulders. Very productive, very early, with a flavor that improves with the season. Does well in cool weather,...

MSRP:
Now: $3.50
Was:
Red Mortgage Lifter Tomato - The Heirloom That Started A Revolution An improved version of the famous classic tomato that has more disease resistance and higher yields of 10 - 14 oz. luscious,...