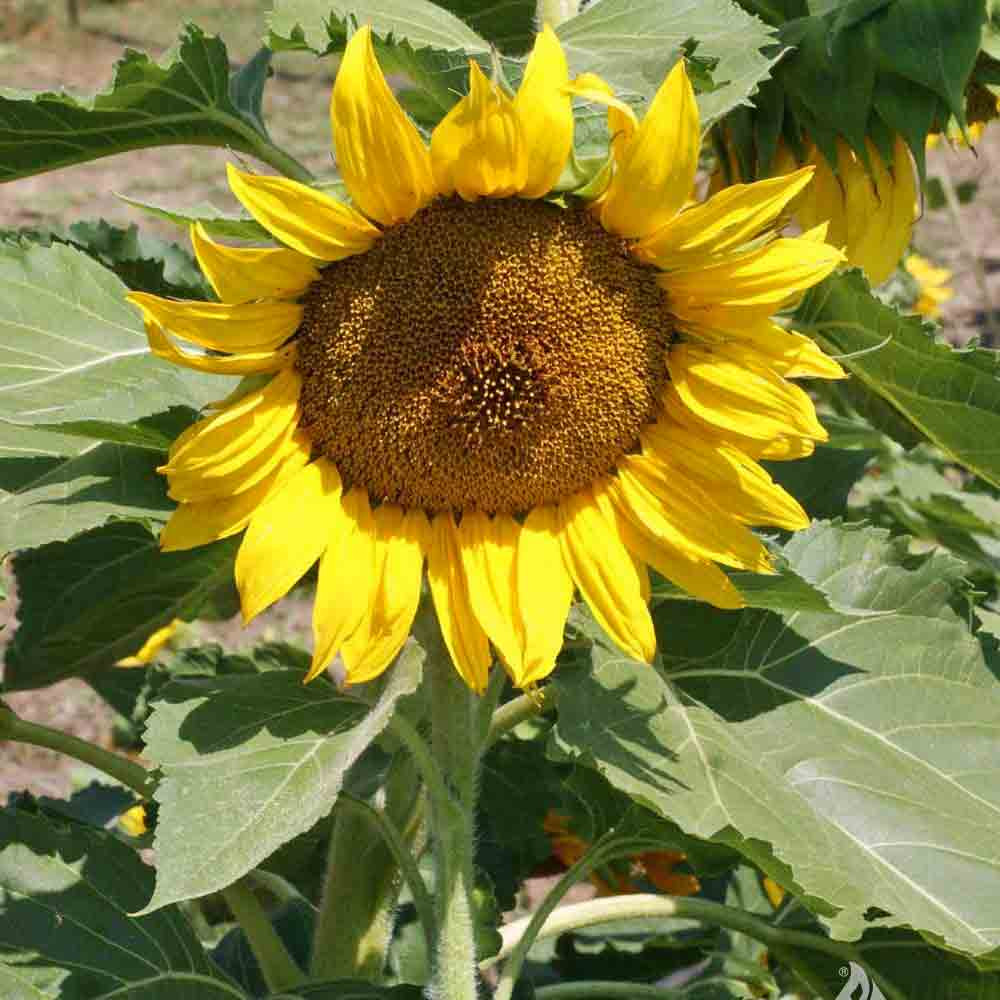 Dwarf Sunspot Sunflower - Snow White Would Be So Happy!

These dwarf sunflowers only grow 2-3 feet tall, and is one of the easiest flowers to grow in any garden. Makes a huge statement and catches eyes with its single large flower head 10-12 inches in diameter. Yellow flowers with golden brown centers are perfect for deeper containers or smaller flower beds.

The wild sunflower is native to North America but commercialization of the plant took place in Russia. It was only recently that the sunflower plant returned to North America to become a cultivated crop. Sunflower was a common crop among American Indian tribes throughout North America. Evidence suggests that the plant was cultivated by Indians in present-day Arizona and New Mexico about 3000 BC. Some archaeologists suggest that sunflower may have been domesticated before corn.

Can be grown as an ornamental or used for edible seed or bird food. Ideal for children’s gardens, hedges or shorter privacy screens.

The large, composite flowers are magnets for bees of all kinds, especially bumblebees, as well as attracting a myriad of pollinators into the garden, from different bees to butterflies and even hummingbirds.

Once the seeds mature, they bring in tiny finches and myriad other birds who delight in pulling the seeds out of the head and feeding on them one by one.

Sunflowers have one of the most aggressive root systems known, drilling down through hardpan or clay. We’ve used them as the first stage in cover cropping a new area, opening up the soil making it easier for the next cover crop mixture. They also work great to pulverize a hard spot in the raised beds or flower bed, making it perfect for next season.

Sunflowers make an excellent windbreak in our southwestern climate, we plant them on the south and west sides of the garden to slow down and filter the near-constant winds to something our tomatoes, peppers, and corn can handle.

Sunflowers make good companion plants for cucumbers and melons – planted after the melons and cukes have sprouted to avoid the allelopathic effect. They provide shade, wind protection, and shelter for the vegetables.

Sunflowers make an excellent trap crop, attracting sucking insects like the stink bug and leaf-footed bug away from tomatoes and peppers. Learn more about what trap crops are and how to use them in our trap cropping article.

Direct sow sunflower seeds from April through mid-June for spectacular flowers from mid-summer to late fall.

MSRP:
Now: $3.35
Was:
Teddy Bear Sunflower - What A Beauty! Many double yellow mum-type flowers on branching plants up to 6' tall, small black seed. A beautiful show piece for the garden or as a cut flower on the dining...

MSRP:
Now: $3.30
Was:
Skyscraper Sunflower - The Empire State Building of the Sunflower World This tall beauty can grow 12' in height with bright yellow blooms that are easily more then one foot across the center and as...

MSRP:
Now: $3.35
Was:
Mammoth Grey Stripe Sunflower - The Friendly Giant of Your Garden This sunflower is grown for its edible seeds. Huge single flowers 10-12" wide grow on 10-12' stalks. Makes an excellent background...

MSRP:
Now: $3.35
Was:
Teddy Bear Sunflower - What A Beauty! Many double yellow mum-type flowers on branching plants up to 6' tall, small black seed. A beautiful show piece for the garden or as a cut flower on the dining...

MSRP:
Now: $3.35
Was:
Mexican Sunflower - The 'Torch' of the Garden Butterflies of all kinds, but especially the endangered Monarchs, carry a “Torch” for the Mexican sunflower. Swarms of migrating Monarchs...

MSRP:
Now: $3.35
Was:
Maximilian's Sunflower - A Naturalist's Sunflower A hardy and very showy perennial that towers above surrounding vegetation when in bloom. It sends annual stems up from an underground root crown,...