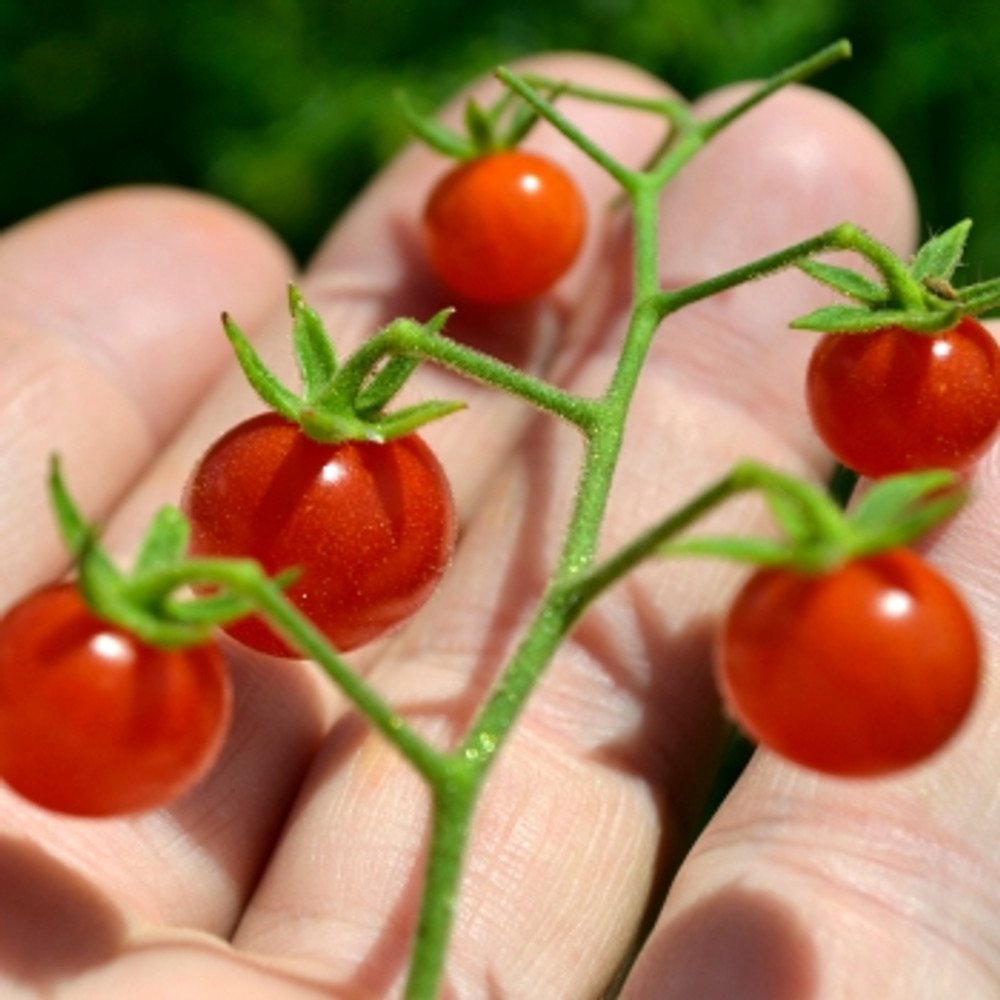 These high yielding plants produce small, jewel-like tomatoes with a sweet flavor sure to be devoured in the garden!

Like most of the smaller tomatoes, they are tolerant of a wide range of seasons and temperatures, as they need less water than their larger counterparts.

These are different than the Wild Galapagos Tomato, a golden cherry sized tomato that is indigenous to the island.

MSRP:
Now: $3.30
Was:
Sweet Pea Currant Tomato  This tomato plant knows how to spread, reaching more than 6-12' in diameter, with the most beautiful red jewel fruits you have ever seen. A currant tomato that bears...

MSRP:
Now: $3.30
Was:
Mexico Midget Tomato - The Flavor of a Giant The taste of a beefsteak tomato disguised into a package the size of a small cherry, the Mexico Midget is an heirloom tomato with an addictive, luscious...

MSRP:
Now: $3.30
Was:
Gold Rush Currant Tomato This beautiful currant tomato was a selection made by a Dutch seedsman, chosen for its manageable growth habit and excellent set of 1/4" golden yellow fruits borne of...