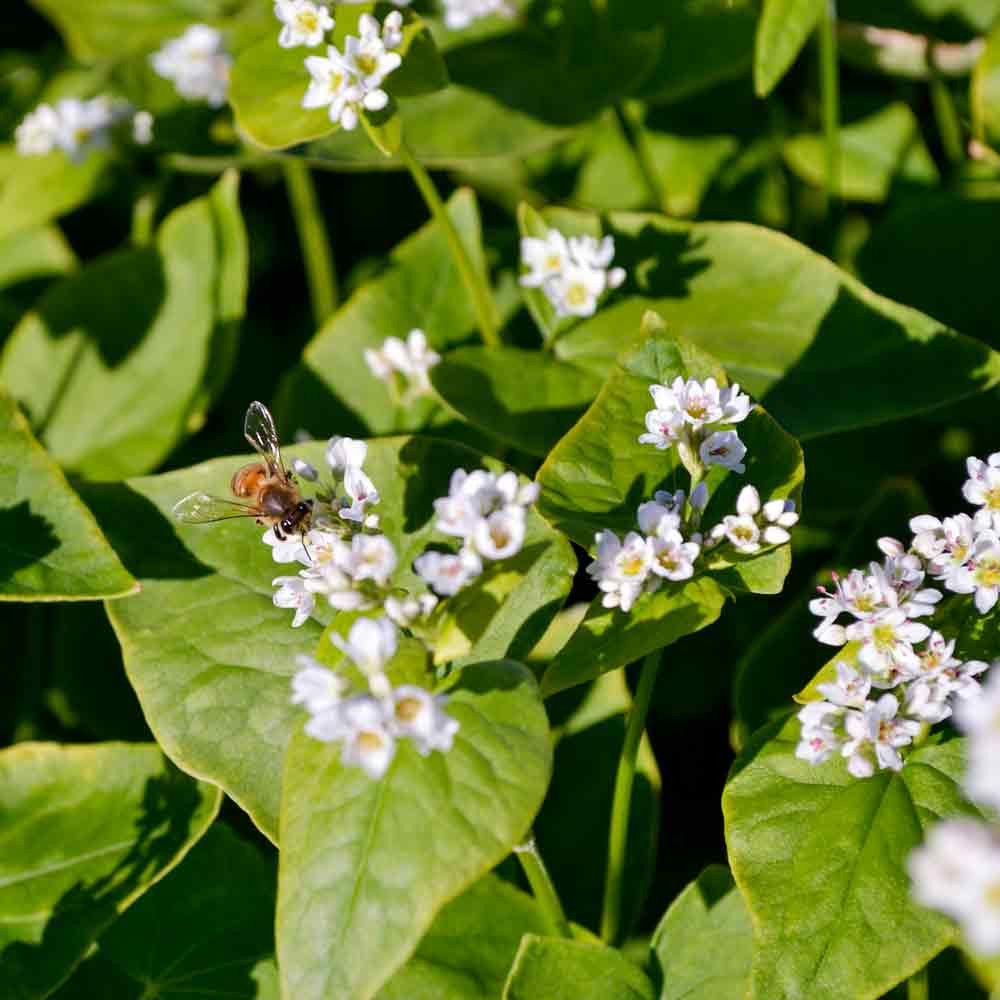 Buckwheat has been used extensively in organic agriculture as a quick-acting summer smother crop for weeds. It is heat tolerant and breaks down quickly, adding nutrients to the soil while making way for the longer lived cover crops.

It excels in freeing up locked nutrients, especially phosphorus and potassium as well as choking weeds out and loosening topsoil. It also has an extensive root system, bringing up deep nutrients to the surface, encouraging beneficial microorganisms, reducing soil diseases and provides an allelopathic residue which suppresses weed seed germination.

Poor soils are no challenge for buckwheat, that’s why it is one of the first crops planted when renovating and reclaiming over-farmed, exhausted soils. It will regrow after mowing or cutting if done before early bloom. These reasons are why some growers will use three successive crops of buckwheat to bring new land into production or renovate exhausted land and put it back into production.

The abundant and fine network of roots create a loose and workable topsoil, making buckwheat an excellent midsummer soil conditioner before fall crops are planted.

MSRP:
Now: $3.35
Was:
Black Beauty Eggplant -  A Garden Classic This classic beauty eggplant is the standard by which all other large eggplants are measured. Bushy spreading 24-30" tall plants with 4-6"...

MSRP:
Now: $5.85 - $11.60
Was:
Cereal Rye An annual grain used for erosion prevention, soil structure and drainage improvement, adding organic matter to soil, weed suppression and excess nutrient scavenger. Rye is one of the...