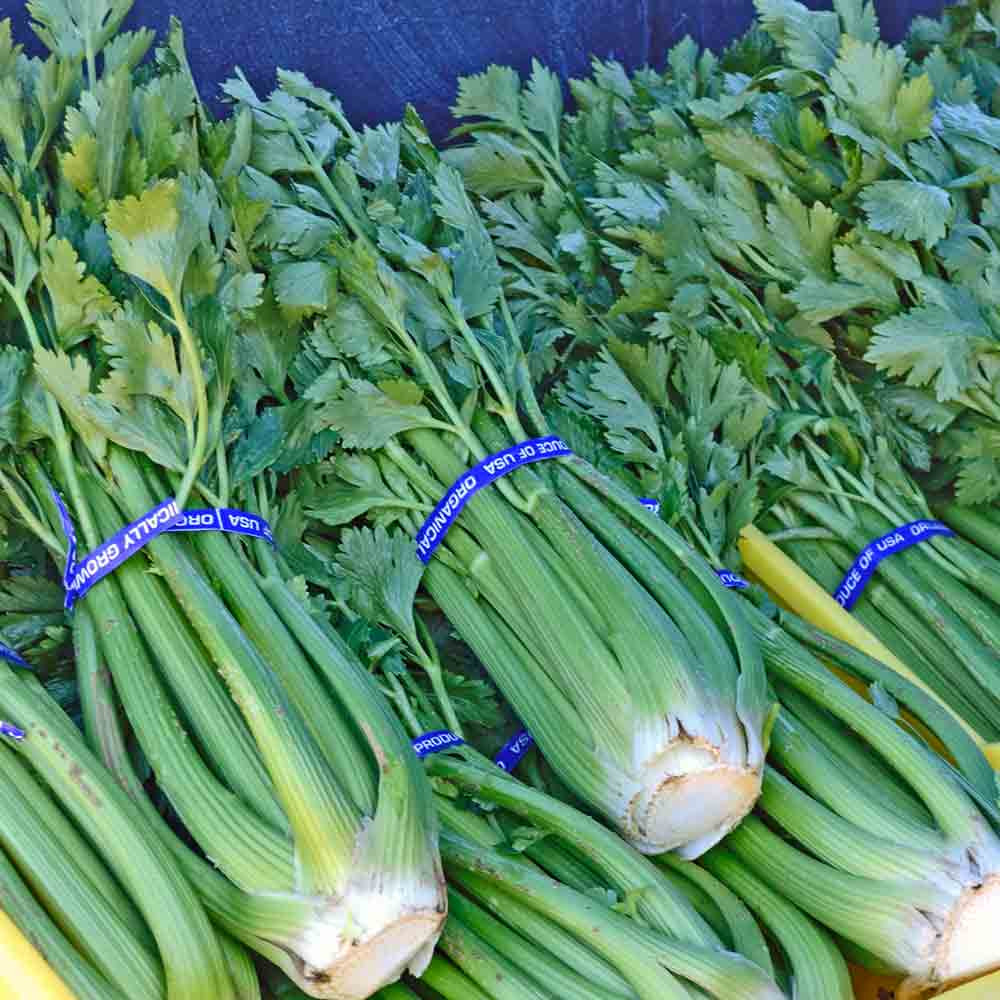 Fresh aromatic, delicious home-grown celery puts the store-bought stuff to shame. One bite of a fresh-picked stalk, straight from your garden and you’ll never go back! Utah has long been a popular and widely adapted variety with strong roots supporting long smooth dark-green stalks with a pleasing crisp yet tender texture and a deep, delightful flavor. Hearts are tightly folded, and stalks are broad, thick and well-rounded. Leaves are edible and very tasty, containing significant amounts of vitamin A.

A native of the boglands of Eurasia, celery was well known in the Middle Ages as a medicinal plant, but it wasn’t used as food until much later. Greeks and Romans valued celery primarily for its medicinal benefits and it wasn’t until the 17th Century that French and Italian cooks first started using it as an herb for flavoring in their dishes. A Scotsman named George Taylor is credited with introducing celery to the United States when he grew it in his garden.

Use the leaves and stalks for fresh seasoning all year long - in fresh salads, soups, stews, braised or sauteed.

For extended use, let the plants bolt and harvest the celery seed to use as a spice. Collect the seed in a paper bag and let dry, then sort out and store for later use to give a bright spring flavor to your cooking.

MSRP:
Now: $3.30
Was:
Par-Cel Leaf Celery - So Easy to Grow Named for its parsley appearance and snappy fresh celery flavor, Par-Cel is a somewhat unknown 18th century Dutch heirloom that is luring home gardeners away...

MSRP:
Now: $3.30
Was:
Par-Cel Leaf Celery - So Easy to Grow Named for its parsley appearance and snappy fresh celery flavor, Par-Cel is a somewhat unknown 18th century Dutch heirloom that is luring home gardeners away...