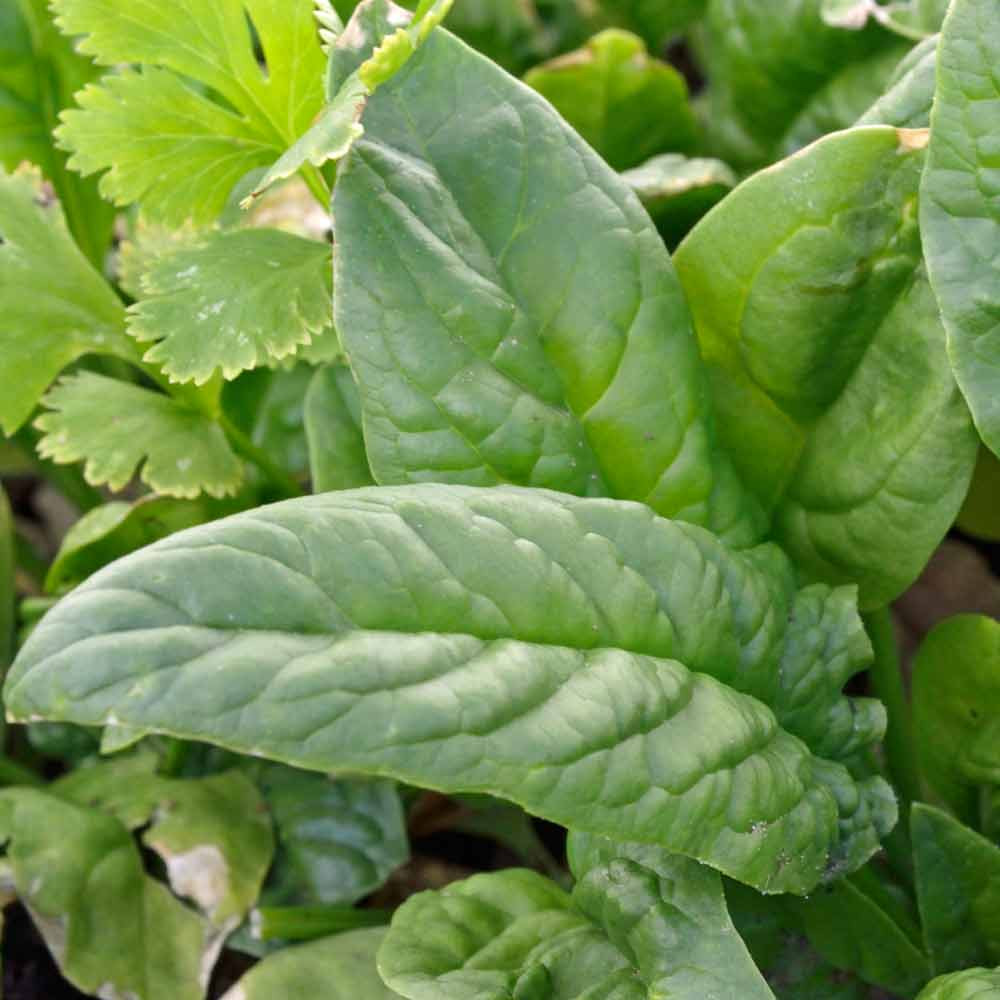 Early, glossy dark green, savoyed leaves are exceptionally tender and richly flavorful. Bloomsdale can be sown in spring or fall, plants are vigorous, upright and slow to bolt in hot weather.  Also known as Long Standing Spinach it was introduced by the D. Landreth Seed Company in 1826, and is the most popular home gardener spinach sold.

Spinach was probably bred from Spinacia tetranda, a wild edible green found in Nepal. In 647 AD spinach was taken from Nepal to China where it was referred to as the “Persian green.” Spinach was introduced by the Moors of North Africa to Spain in the 11th century. By the Middle Ages, spinach was grown and sold throughout the rest of Europe, and in England was known as the “Spanish vegetable.” It was not until the 1400’s that spinach became a staple in Mediterranean cooking.

A great lettuce replacement in salads and add a depth of flavor when topped on pizzas or lasagna. Leaves are eaten fresh in salads or are cooked. Spinach can be used in soups, quiches, tarts, stuffing's, souffles and gratins.

MSRP:
Now: $3.50
Was:
Strawberry Spinach - Doubly Delicious  This plant has a double personality and multiple uses, combining a leafy green with fruit-bearing stalks in one crop, making a feast for the eyes as...

MSRP:
Now: $3.35
Was:
Romanesco Broccoli - Beautiful Spiraling Heads A very unique type of broccoli, with beautiful spiraling apple-green head. Widely grown in northern Italy, it has superb taste and texture than the...

MSRP:
Now: $3.35
Was:
New Zealand Spinach This warm season green is good for summer salads, as it thrives in hot weather, won't bolt or get bitter. Not a true spinach but similar in flavor and use. A tender annual, it...