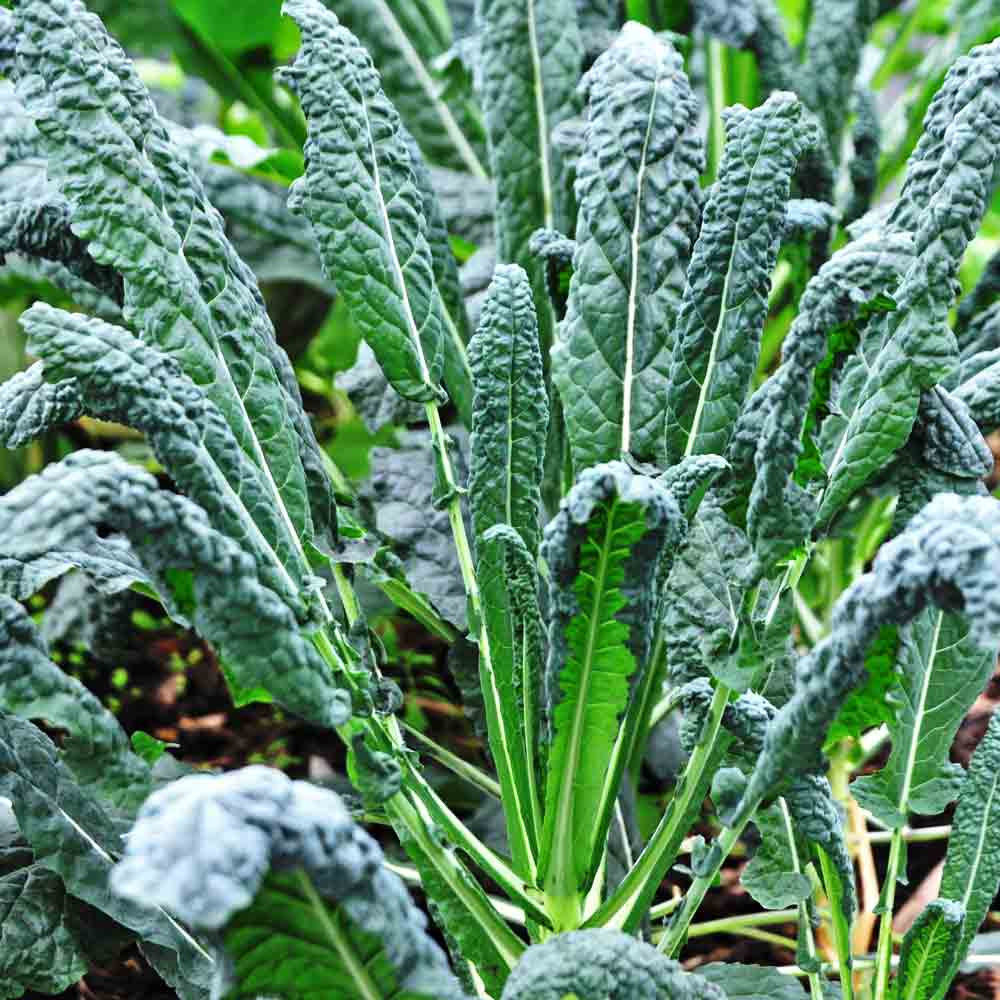 This Italian heirloom kale is widely acknowledged as one of the most beautiful, it is an 'open' kale from the early 18th century in Tuscany.  It is probably the same variety described in 1885 by the famous French seedhouse Vilmorin-Andrieux as Cavolo Nero or Tuscan Black Palm. It is also known as Nero di Toscana and Dinosaur kale.

Lacinato Kale produces dark blue-green strap-like, heavily savoyed or blistered leaves - 3" wide x 10" long - that look almost black at a distance. Flavor is sweet and mild and enhanced by frost, extremely winter hardy yet this variety is very tolerant of both heat and cold.

Kale is believed to have originated during the Middle Ages from the wild B. oleracea, most likely in western parts of Europe. Kale was listed by Thomas Jefferson as grown at Monticello starting around 1777.

Kale is one of the traditional foundations in minestrone soup. Use in salads, stir-frys and even as kale chips.

Pick the outside leaves while they are tender, and the plant will continue to produce from the inside out. Kale is one of the standard fall and winter garden crops.

MSRP:
Now: $3.30
Was:
Red Russian Kale An uncommon, old European variety, Red Russian is quite different from either of the more common curly and Tuscan varieties. The base color is a blue-green with brighter purple...