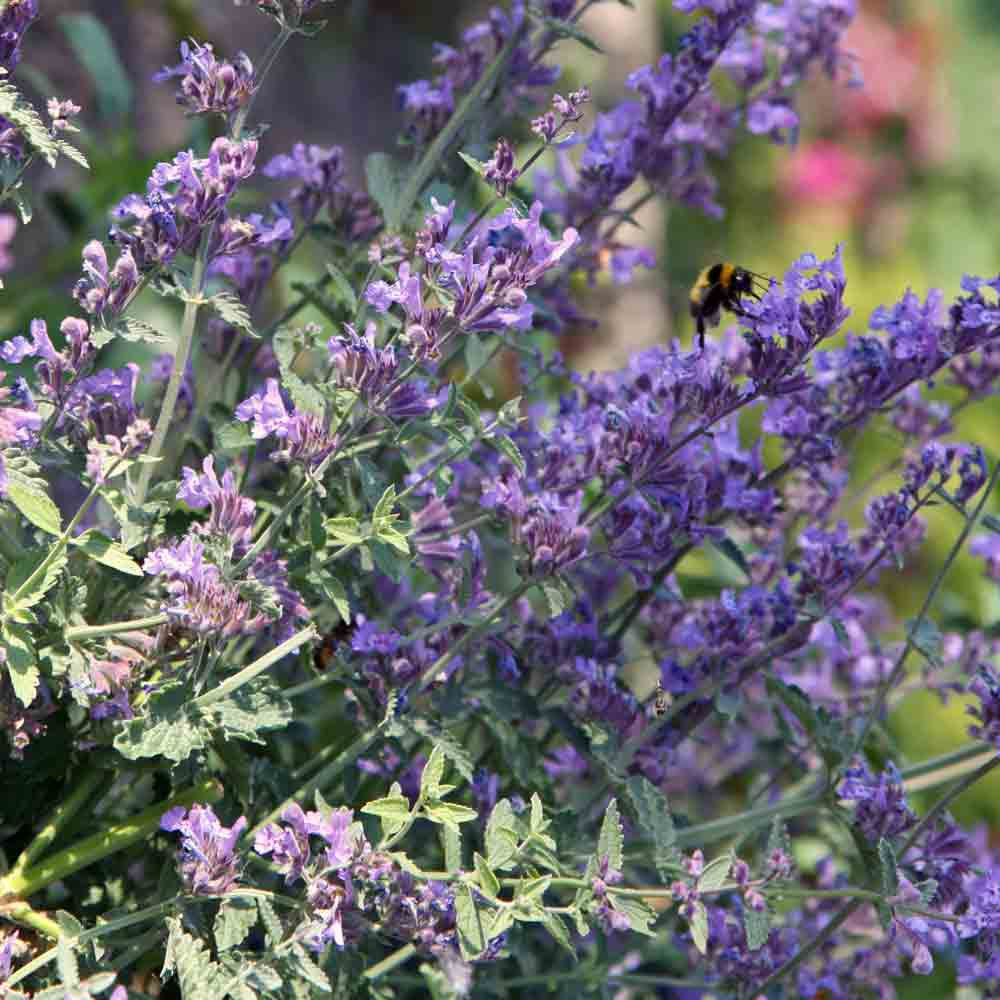 Catnip - More than Just for Cats

Catnip, also called cat mint, is a powerfully fragrant plant whose little clusters of white spotted-lavender flowers have been cultivated for centuries for medical purposes.

Catnip is perennial, easily grown from seed or cuttings from established plants. Plant seeds or cuttings in either early fall or late spring, such as late April to mid-May in most climates. It prefers a rich soil that is mulched with straw to retain deeper soil moisture. Catnip grows wild in many parts of the United States. The leaves and flowering tops resemble mint, with heart-shaped, grayish-green leaves that treat colds, calm upset stomachs, reduce fevers and soothe headaches and scalp irritations. Catnip has sedative properties similar to valerian root, which explains why a cup of hot catnip tea at bedtime insures a good night’s sleep. Flowers are pale lavender to light pink and bloom from the top of the plant from July to September.

Before Europe had tea from China, catnip tea was favored – especially in tea-loving Britain. To ensure that the delicate essential oils are not lost, catnip should only be infused and never boiled.

Recent studies show that catnip is much more effective at repelling mosquitos than DEET (the highly toxic ingredient used in most commercial bug repellents), by as much as 10 times. The essential oil nepetalactone, which gives the catnip is characteristic odor, is responsible for the repellant effect, while still smelling good for most people.

Cats will rub in it, roll over it and generally go nuts for several minutes. Other plants that also have this effect on cats include valerian. All parts of the plant are used in herbal cosmetics, salads, sauces and teas.