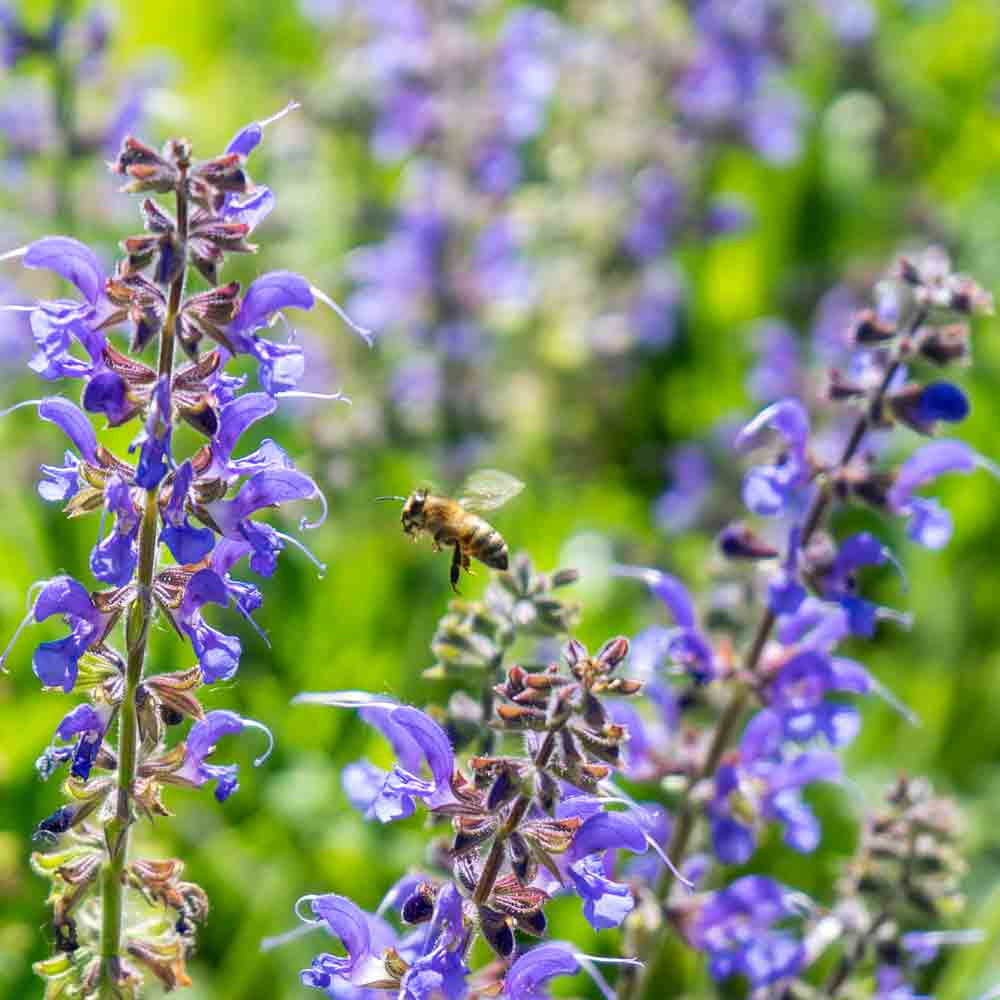 Originally a native of southern Europe and Syria, Clary Sage has been used medicinally and as a flavoring for beverages.

Soft, woolly heart shaped leaves with lilac, pale blue, pink or white flowers form in whorls on top of the stems, with the upper lip curled up. Flowers smell sharply of pine and grapefruit. Forms 10-12" rosettes in the first year, tall flower spikes the second.

The Romans called it sclarea, from claurus, or “clear,” because they used it as an eyewash. The practice of German merchants of adding clary and elder flowers to Rhine wine to make it imitate a good Muscatel was so common that Germans still call the herb Muskateller Salbei and the English know it as Muscatel Sage.

Flavors teas, wines, and is used as an eye wash, in cosmetics, potpourris, sachets and for aromatherapy. Attracts hummingbirds and many different species of butterflies.

MSRP:
Now: $3.30
Was:
Common Sage - Not so Common Common sage is a small fragrant perennial evergreen shrub with woody stems, grayish leaves, blue to purplish flowers and grows to about 2 ft both tall and wide. Also...