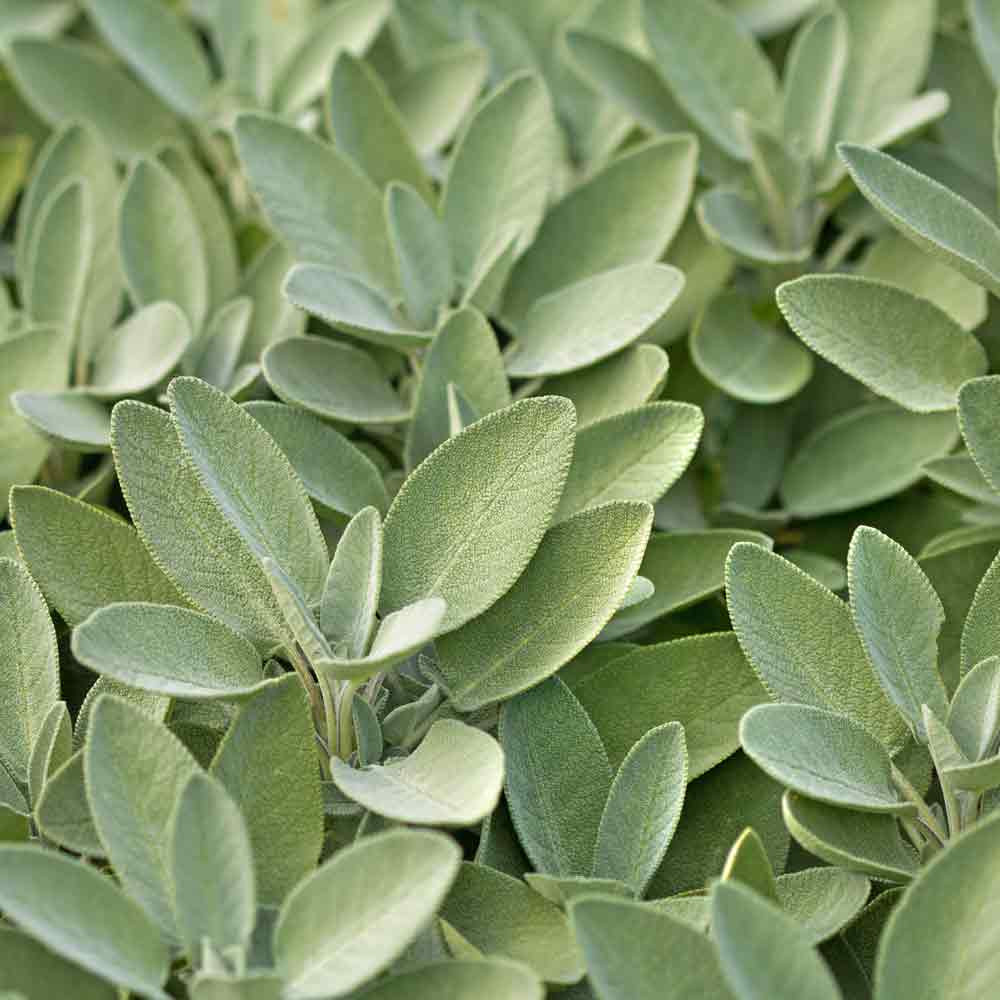 Common Sage - Not so Common

Garden sage is one of the easiest herbs to grow, as it is hardy to both cold and heat. One little known secret to successfully keeping sage going year after year is to trim it into a mound in the fall to prepare it for the winter and protects it from root rot and insect infestation. Most people will trim it in the spring, which endangers the flowering that happens early in spring and slows down the rapid early growth.

Sage is beneficial to rosemary, helping to prevent powdery mildew.

The Romans are thought to have introduced it to Europe from Egypt as a medicinal herb.

In the kitchen, garden sage has the best balance of volatile oils of the sages for culinary uses. Sage is best used fresh, but can be dried. Long used to season all meats, fowl, stuffing, soups, stews, sausages, sauces and butter with its rich, distinctive flavor. Flowers and young leaves are used both fresh and dried in cooking and to make healing teas. Traditionally used to cut and balance the fatty taste of sausages, duck, liver, cheese dishes and meats, it sharpness can also add strength to the flavors of vegan or vegetarian dishes. Try it toasted, minced and sprinkled on roasted butternut squash, sweet potatoes or roasted tomato and vegetable soups. Sage pairs well with onion, garlic, shallot or leeks in cooking.

Garden Sage has volatile oils that act as antiseptics as well as the astringent tannin's in its' leaves help sore gums, mouth ulcers, sore throats, coughs and bad breath. For a mouthwash steep one teaspoonful of fresh sage leaves in a cup of almost boiling water, covered for four minutes. Swirl in a quarter teaspoon of sea salt and a teaspoon of cider vinegar. The Jamaican herbalists use lime juice instead of the vinegar. Swish mixture around in mouth for a minute while still hot and spit out.

Sage has shown great promise in aiding digestion and enhancing overall tone of the digestive tract. It is a rich source of potassium, zinc, calcium, iron, manganese, copper, and magnesium minerals. It enhances concentration and attention span; an infusion of sage leaves has long been recognized as a "thinker's tea". Its effects have been used for centuries to deal with grief and depression.

MSRP:
Now: $4.15
Was:
Common Milkweed - (Asclepias syriaca) The Common Milkweed is the plant that most people associate with the word “milkweed”. This is what most Mid-Westerner's think of as milkweed. This once...

MSRP:
Now: $3.30
Was:
English Thyme - A Classic Kitchen Herb Thyme is a great garden plant with a neat habit, fragrant foliage, and colorful flowers. It is an ideal edging plant and is a good choice for a windowsill herb...