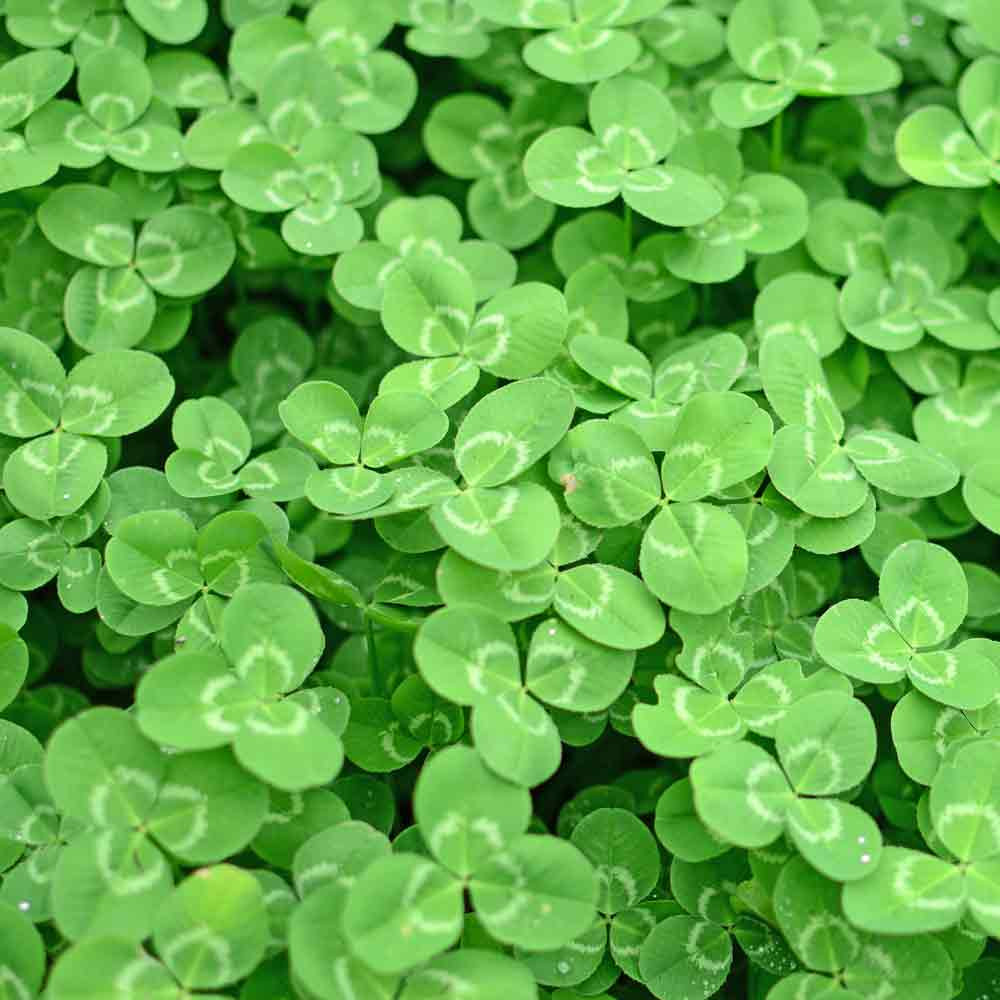 It has rapid and robust growth, making it ideal for early spring nitrogen fixing or summer to fall weed suppressing green manure.

The residue and mulch left after mowing or a killing frost provides ground-cover through the winter and is easily managed next spring.

Clover produces a lot of biomass, both above and below the soil surface – adding needed organic matter and carbon to the soil. Its extensive root system helps stabilize soil and minimize erosion due to wind or moisture, especially over the winter.

Crimson clover has an abundance of showy, deep red blossoms which produce lots of nectar, attracting several species of bees and many other pollinators. The blossoms play host to the minute pirate bugs, a beneficial insect that preys on thrips.

Clover increases the natural nitrogen soil reserves by scavenging mineralized nitrogen that might be excess or tied up and unavailable to other plants due to pH or soil chemistry, as well as fixing nitrogen from the air. The scavenging effects reduces nitrogen leaching into percolating water and thus into groundwater, especially during winter and spring.

For a fall cover crop, it is best to loosely broadcast clover seed six to eight weeks prior to the average first expected frost date so it can establish its root system before being killed by hard frosts. For spring or summer use, broadcast as soon after the last frost date the soil can be worked and is not wet.

Clover will be killed by moderate to hard frosts, but needs to be mowed or weed whacked in areas with mild winters with no expected hard frosts, leaving the residue on the soil as a mulch. It is best to kill the clover after the early buds have set or at early seed set, but before seeds begin to mature if re-seeding is not wanted.

Lightly broadcast seeds and work into the top half inch of moist soil, or cover with 1/2 inch of mulch or compost. Water to equivalent of 1 inch of rainfall per week until seedlings become established. Do not fertilize as this delays the nitrogen fixing action of the legumes.

Our clover has an OMRI listed (suitable for organic production) inoculant seed coating and does not need additional inoculation when planting, so you can plant straight out of the bag. The seed photo above shows the light blue coating on the seeds.