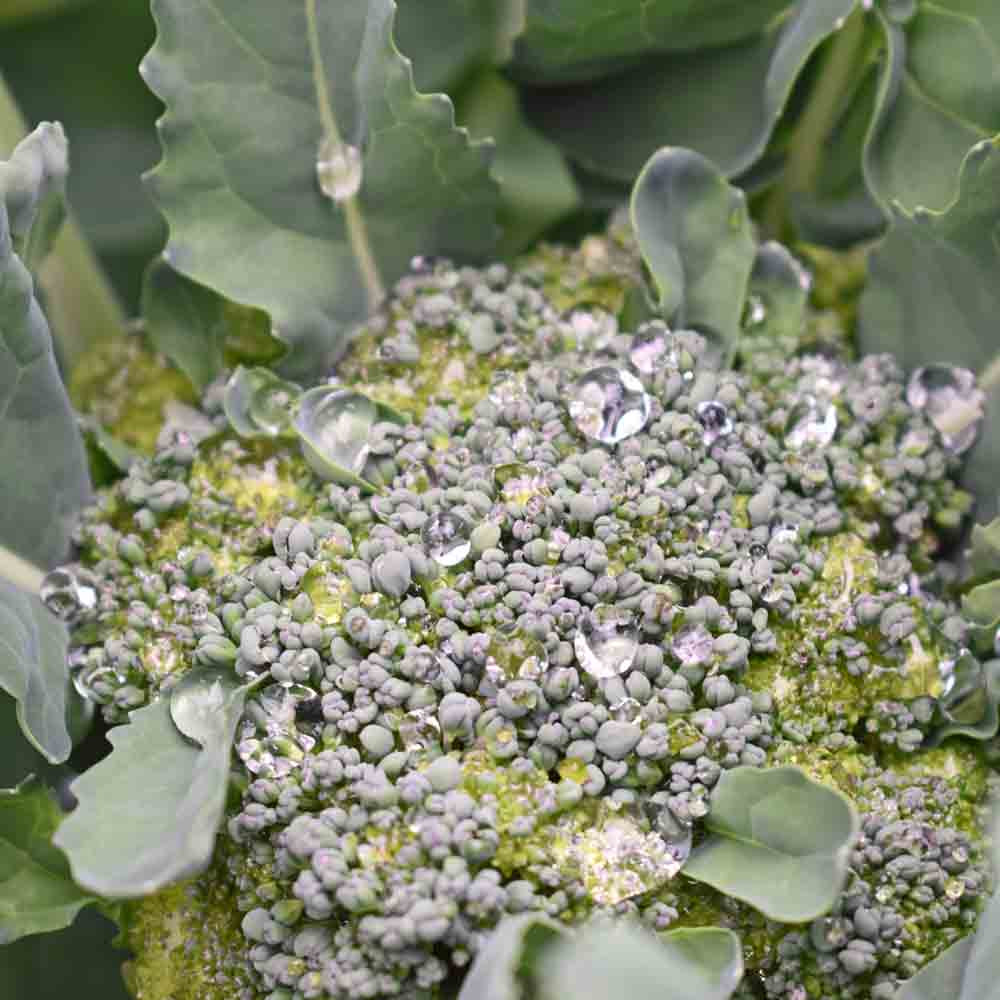 An Italian heirloom brought to America in the 1880's and introduced to the seed trade between 1914-1918 and has remained very popular with gardener's ever since.

This variety grows tall, 30-36" erect and leafy, producing a bluish-green central head that can be harvested, it will continue to produce an abundance of side shoots to be harvested for continuing weeks. Very frost resistant.

Although the heads and side shoots of this Broccoli variety are typically the only thing used, the stalks, buds and leaves are also edible and very tasty. Try growing a few seeds to a micro-greens stage, then harvest with scissors when they have formed their first leaves and simply add to a sandwich or to a pasta dish. You will find they are very tender with an astonishing clarity of flavor.

Broccoli originated in the Eastern Mediterranean and was imported into Italy at the end of the 16th century. From there it migrated north into Germany and France.

The stalks may be eaten like asparagus. In Italy it is usually cooked with garlic, olive oil and white wine. Broccoli can be eaten fresh or cooked.

MSRP:
Now: $3.30
Was:
Georgia Southern Collard Greens Georgia Southern is a slow to bolt, non-heading type that is a reliable producer and can grow to be 3’ tall. It was introduced before 1885. Light frost tolerant,...

MSRP:
Now: $3.30
Was:
Raab/Rapini Broccoli Raab is from the "Cima di Rapa" strain that makes small heads or shoots with lots of edible leaves and is very popular throughout Italy, especially in the South. Also...