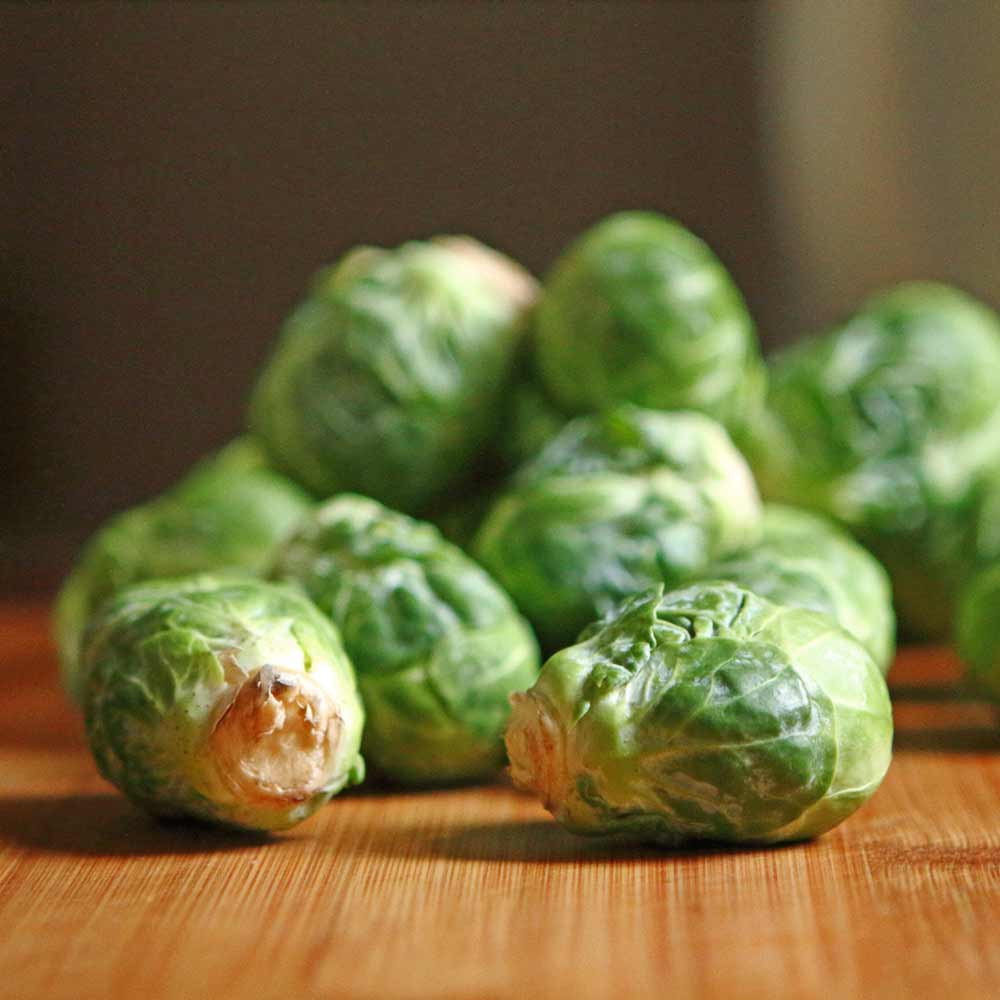 A dwarf or semi-dwarf variety with heavy yields, large firm dark green early 1 1/4 - 1 3/4" sprouts on 20-24" plants with medium green leaves. A heavy producer, it is used mainly as a fall crop or in cool climates.

Our open pollinated Brussels sprouts lack the uniformity and roundness of modern hybrids, but have a depth of flavor that is unmatched. Very hardy, becoming sweeter after first frosts. Classic European fall and winter green.

Brussels sprouts, as we know them, were grown possibly as early as the 1200s in what is now Belgium, although they were likely cultivated in ancient Rome. The first written reference dates to 1587. During the 16th century, Brussels sprouts enjoyed a popularity in the southern Netherlands that eventually spread throughout the cooler parts of Northern Europe.