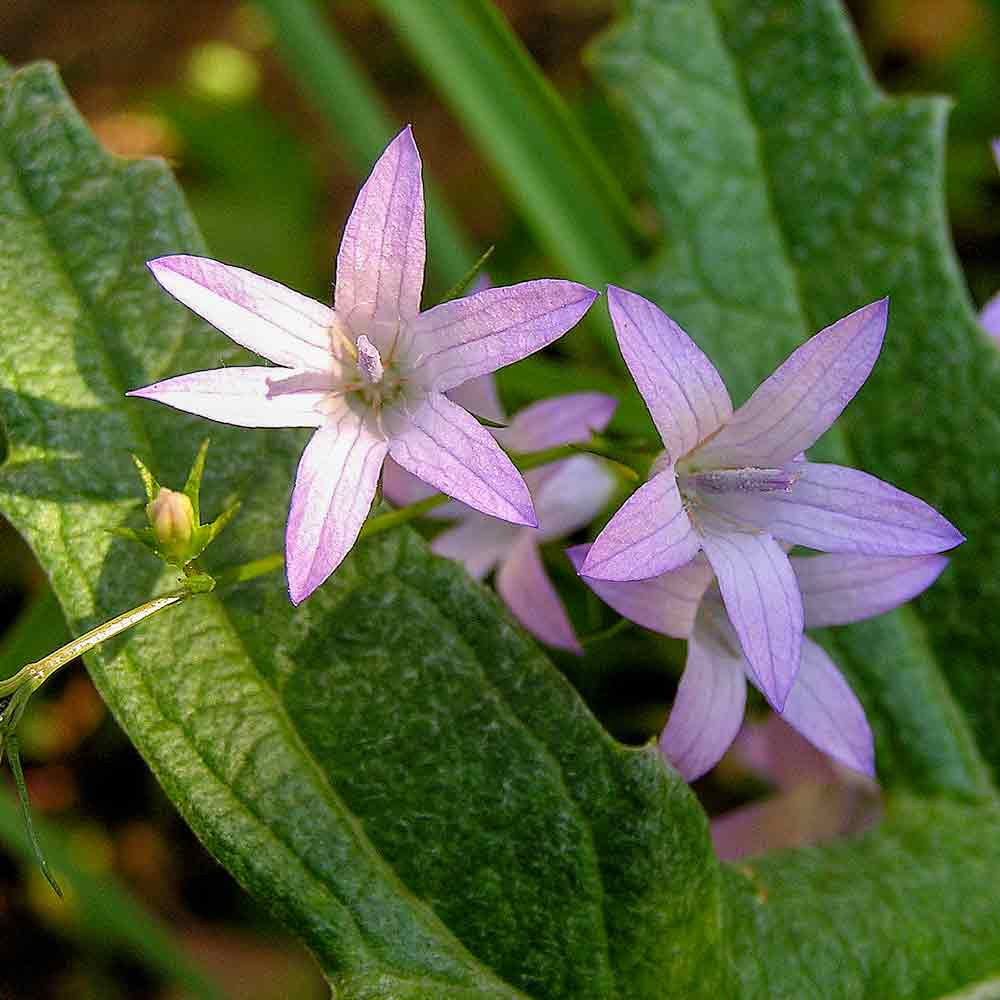 Rampion – sometimes called ramps in Europe where they are native – is one of the earliest wild edibles to emerge in spring. It is a biennial with soft leaves and a delicious crunchy taproot the first year, flowering in July and August with showy lavender bell-shaped blossoms in the second year. The leaves are soft, with a mildly sweet flavor reminiscent of garlic, onions or leeks and good to eat. The root is white, crunchy and tastes like a very mild radish. Overall the plant has a wild, undomesticated flavor, similar to the difference between rocket arugula and wild Italian arugula.

These are not the North American wild onions also known as ramps - Allium tricoccum – that do not grow well from seeds and are almost endangered due to over-harvesting. Lucky for us, rampions grow readily from seed in a wide variety of climates.

A single planting of rampion provides several benefits for the home gardener - tender, flavorful leaves to add to your early spring salads, young shoots to cook like asparagus in the spring, long edible roots in the fall, and flowers the second year to grace the vegetable garden while attracting pollinators.

Home gardeners can easily grow rampions in a bed dedicated to them, similar to asparagus. Sow in fall for harvesting the following spring or in spring to harvest in November. They grow well in large pots or containers, so any gardener can enjoy these tastes of history!

Rampions are biennial but are grown as an annual, with only 1/4 to 1/3 of the bed harvested each year. Collect by digging a shallow hole around the rampion stalk and cutting the bulb just above the roots, allowing the bed to re-grow and expand slightly each year. The stem grows 2-3 feet tall with 1-3 inches long narrow small toothed leaves. Reddish purple, blue or white flowers appear in July to August and are 3/4 inch long. Rampions prefer a shady to a semi-shady and moist environment with well-drained, calcium-rich soils. They prefer some soil acidity but will tolerate mild alkalinity. Create a bed with 6 – 8 inches of decomposed wood chips as the base to duplicate their natural forest floor environment.

Rampion is referred to in 16th Century slang by Sir John Falstaff, a character in three of William Shakespeare’s plays, showing how widely cultivated and known it was at that time for his audiences to appreciate the familiar allusion. The English Elizabethan poet Michael Drayton also names it among the vegetables of the kitchen garden in his poem Polyolbion.

In Italy, a very old Calabrian tale tells of a maiden pulling up a rampion to reveal a staircase leading to a palace in the heart of the earth. Meanwhile, in 19th Century Germany, the brothers Grimm wrote a story based upon the theft of a rampion from a magician’s garden, commonly known today as the story of Rapunzel – the name of both the maiden and the flower.

Extensively cultivated in English kitchen gardens and still grown widely in France, Germany and Italy rampions have captivated American gardeners, growers, and chefs with their flavors that are like nothing else.

MSRP:
Now: $3.45
Was:
Nodding Onion - More Than Effortless Beauty Nodding onion is one of the most dramatic flowers to grace home gardens and among the first to appear in early spring, though the true scope of its...