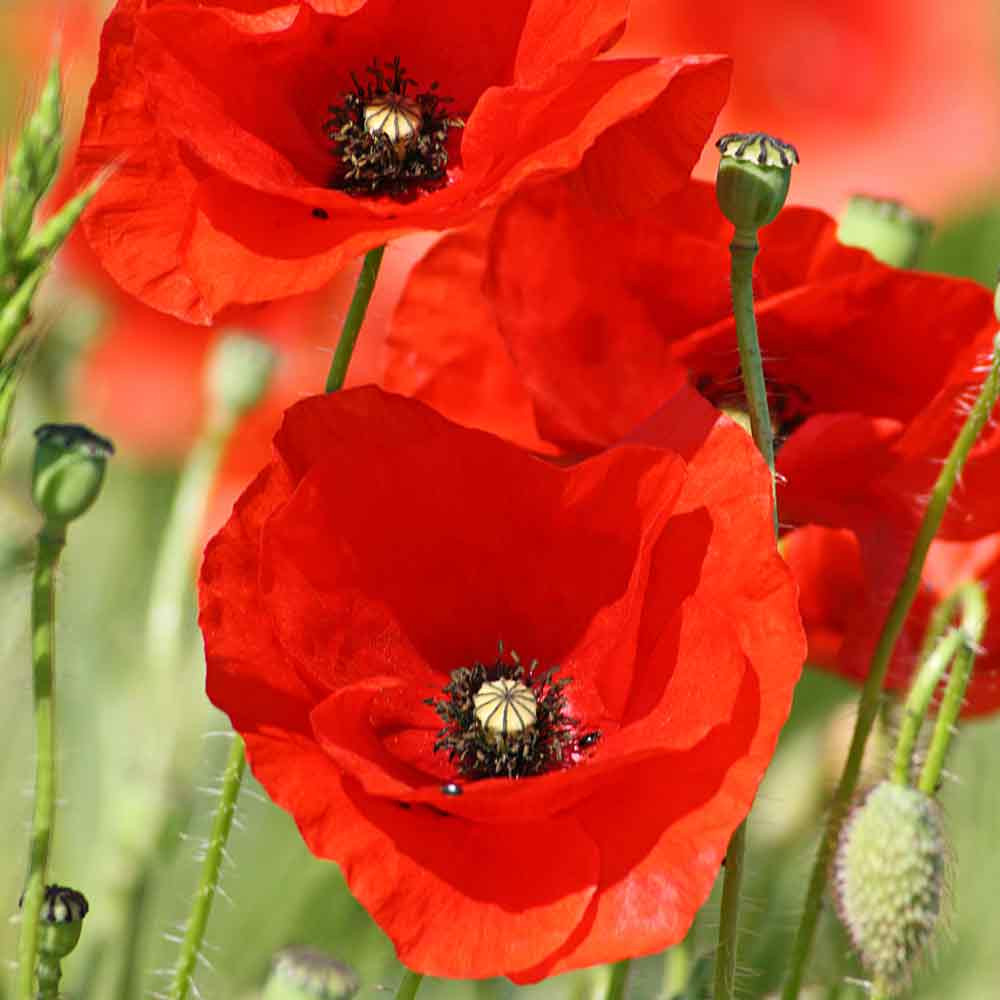 A deep, almost blood red poppy with plants that grow 12 – 30" tall and are very attractive to pollinators. Direct sow in early to late spring for a summer bloom, and in late fall for an early spring showing. Expect a profusion of flowers from June through to September from this fully hardy flower that self-sows readily.

Since early recorded times it has been closely linked as an old symbol of agricultural fertility in Europe, signifying death and rebirth as the blooms spring forth in spring with their exuberant bright red colors.

Known since World War I as a symbol of remembrance thanks to the very famous poem "In Flanders Fields" by Canadian Lieutenant Colonel John McCrae, a field surgeon who noticed the bright blooms in the trenches and field near Ypres, Belgium in May of 1915.

MSRP:
Now: $3.30
Was:
Mexican Sunflower - The 'Torch' of the Garden Butterflies of all kinds, but especially the endangered Monarchs, carry a “Torch” for the Mexican sunflower. Swarms of migrating Monarchs...

MSRP:
Now: $3.30
Was:
Hummingbird & Butterfly Mix  This great hand-picked mix of 23 annual and perennial flowers from Aster to Zinnia creates a habitat to attract and feed the hummingbirds and butterflies to...