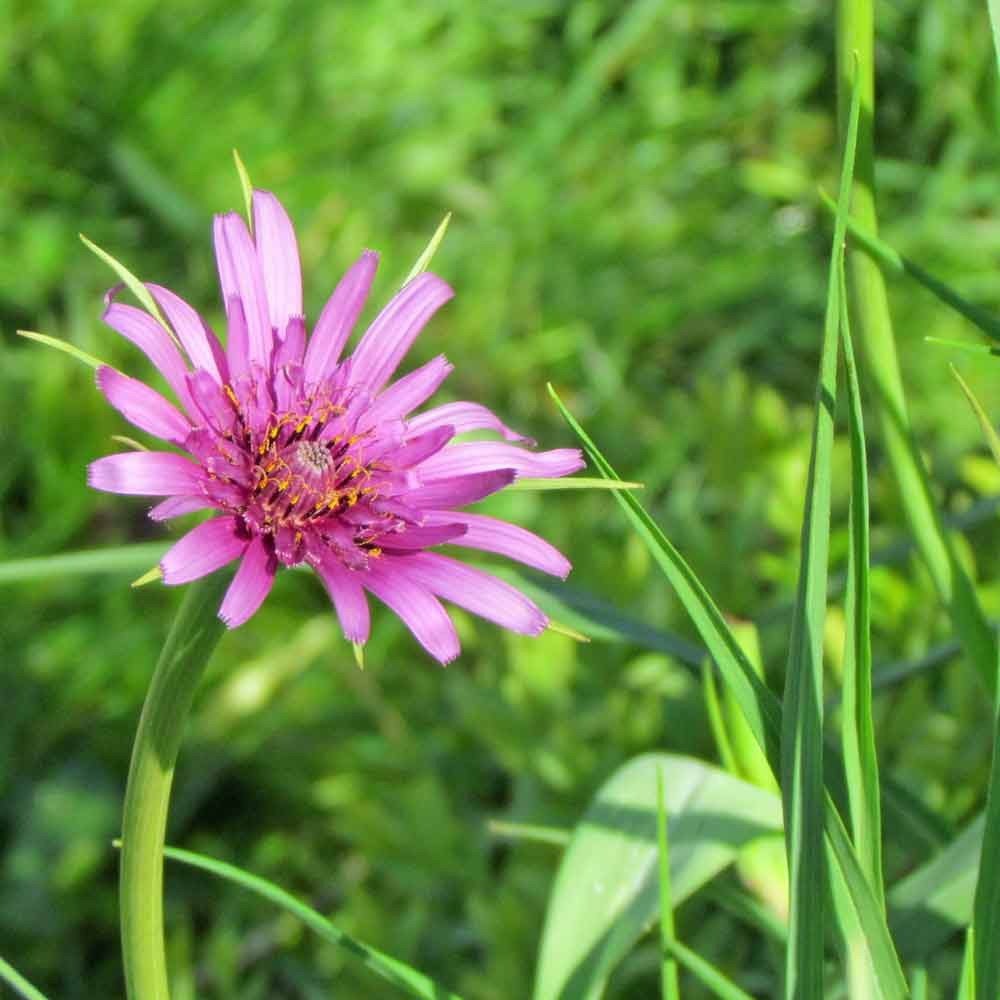 Salsify is an unusual plant whose roots and leaves are eaten as a vegetable. The root resembles a thin parsnip, long and rough in texture with a white or creamy flesh.

The roots store their carbohydrates as inulin instead of starch, which turns to fructose instead of glucose during digestion. This is ideal for diabetics as it reduces their glucose load. Also known as White Salsify, vegetable oyster or Oyster Plant.

Popular with the ancient Greeks who called it “the billy goat’s beard” for the silky filaments adorning the seed. The Romans increased it’s status, depicting it in frescoes in Pompeii. The famous Roman gourmet Apicius developed several recipes dedicated to Salsify and Pliny the Elder mentions it several times in his writings. Possibly originating in the Mediterranean, it is a member of the sunflower family.

The leaves are eaten in salads, sandwiches or sautéed with their stems in butter like leeks. Roots are peeled and used in fall and winter soups, stews, sautéed or sometimes mashed or mixed with mashed heirloom potatoes. True flavor when grown in deep rich soil is much closer to artichoke hearts than oysters.

Young leaves have a taste similar to chicory and are used in salads, on sandwiches and as an edible garnish. The clusters of bluish-purple flowers are also an eye-catching garnish. Salsify fritters are made with cooked and puréed roots that are coated in egg batter and flour then pan or deep-fried to a crispy golden brown.

Very hardy plant that is seeded in earliest spring and left to grow until fall frosts, when the cooler season richens the flavors. Needs a deep rich soil to produce the best taste. Best flavor if left in the ground until needed, dug up, washed, peeled and eaten fresh.

MSRP:
Now: $3.40
Was:
Rocky Mountain Bee Plant - Feeding Multitudes of Pollinators Bee plant is a gross understatement of the riot of noise and activity, color and scent this plant brings, attracting hundreds of bees,...

MSRP:
Now: $4.05
Was:
Cucamelon - The Doll House Melon These tiny, 1" light-green fruits with darker mottling look like watermelons for a dollhouse. The flesh is white, crisp, and crunchy with a slight lemony tartness...