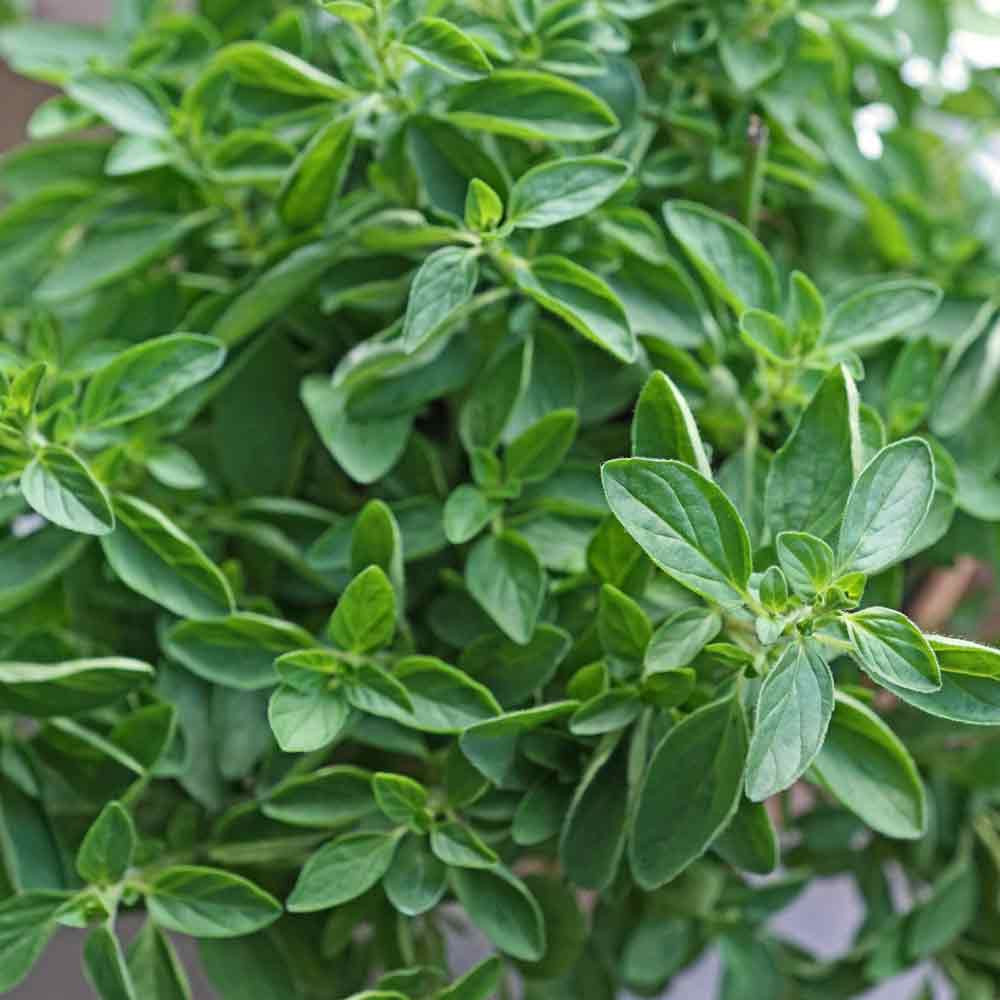 Dark green leaves and white flowers exude that bold, unmistakable aroma. Always sweetly aromatic and flavorful, one whiff or taste of fresh oregano will immediately make you wonder why you put up with the bland dried commercial stuff for so long.

Easy to start from seed, may take a bit of time to get established but will live for several seasons or longer with minimal needs. Authentic Greek Oregano is the most pungent and flavorful of the oregano's. Very hard to find, yet sought for its culinary and medicinal potency.

In Greece bridal couples are crowned with it as a symbol of happiness.

Oregano is often used in many soups and pasta sauces. However, oregano is most widely recognized as the “special herb” which turns bland pizza sauce into real pizza sauce.  Holds flavor in cooking. Due to its high levels of an antiseptic called carvacrol, oregano acts as a bacterial inhibitor and an effective first-aid treatment for insect, spider, and even snake bites.Tea is used for indigestion and coughs, with the oil used for toothaches.

Bees and beneficial insects LOVE it.

MSRP:
Now: $3.30
Was:
Sweet Marjoram - The Herb of Grace Sweet Marjoram leaves have a sweeter, spicier taste than the leaves of oregano. It is a popular culinary herb used in salads, sauces, cheese and in liqueurs, and...

MSRP:
Now: $3.30
Was:
English Thyme - A Classic Kitchen Herb Thyme is a great garden plant with a neat habit, fragrant foliage, and colorful flowers. It is an ideal edging plant and is a good choice for a windowsill herb...

MSRP:
Now: $3.30
Was:
Common Sage - Not so Common Common sage is a small fragrant perennial evergreen shrub with woody stems, grayish leaves, blue to purplish flowers and grows to about 2 ft both tall and wide. Also...