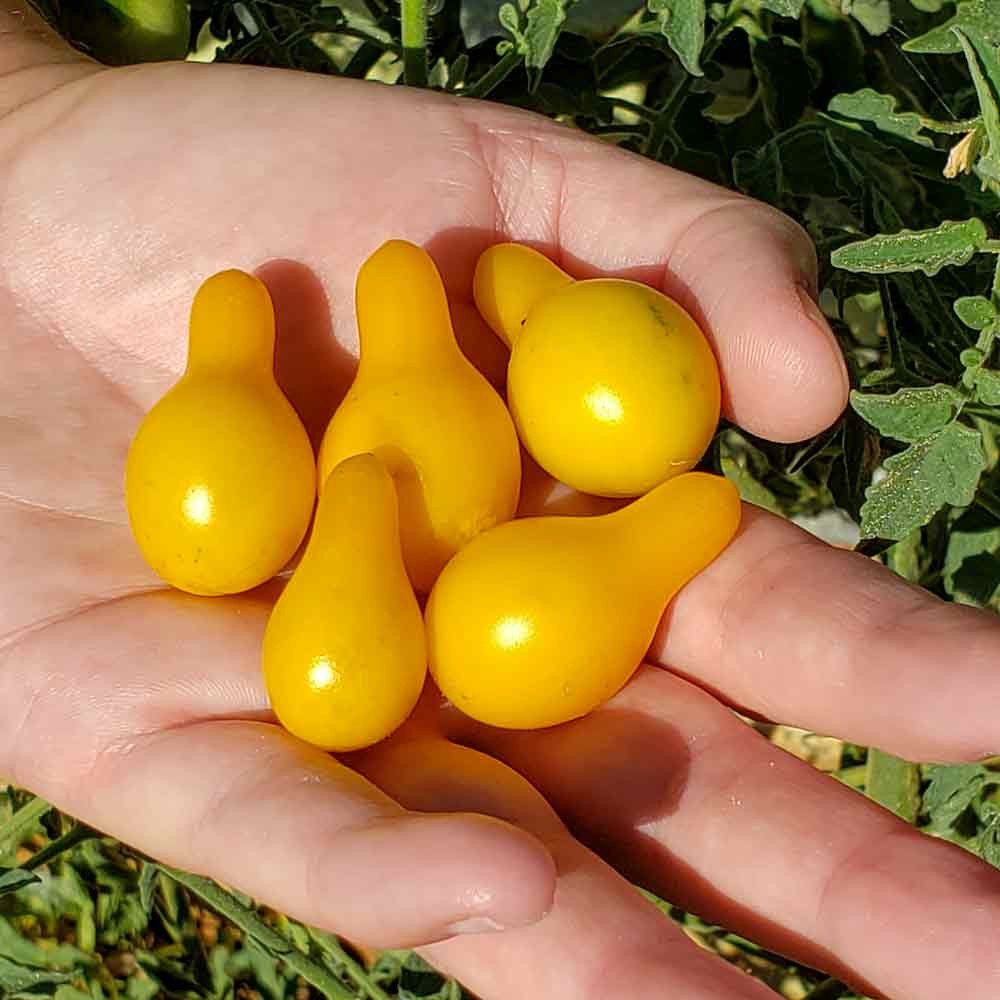 Yellow Pear Tomato - The Life of the Salad

Small waxy-yellow pear-shaped fruits with definite necks, 1.5 -2" in diameter and a mild flavor. Very prolific and bears all season long.

The fruits have a delicate sweet taste that has been called "the life of the salad". This is the same tomato your grandpa use to grow. A mild taste that kids love. Heat resistant.

First recorded in 1805 by the biologist Christiaan Hendrik Persoon. He was writing a book of all the plants he knew, and the yellow pear tomato made the list. It was first documented in North America in 1825 by the fur trading Hudson Bay Company. Since then, it’s been spreading around, remaining in gardeners’ hearts because of its heavy yield and mild tasting fruit.

MSRP:
Now: $3.30
Was:
Chocolate Pear Tomato - Like No Other! This pear tomato has a base of traditional light tomato red swirled with an overlay of both green and brown hues very reminiscent of the luscious black...

MSRP:
Now: $3.30
Was:
Chocolate Pear Tomato - Like No Other! This pear tomato has a base of traditional light tomato red swirled with an overlay of both green and brown hues very reminiscent of the luscious black...

MSRP:
Now: $3.30
Was:
Gold Rush Currant Tomato This beautiful currant tomato was a selection made by a Dutch seedsman, chosen for its manageable growth habit and excellent set of 1/4" golden yellow fruits borne of...