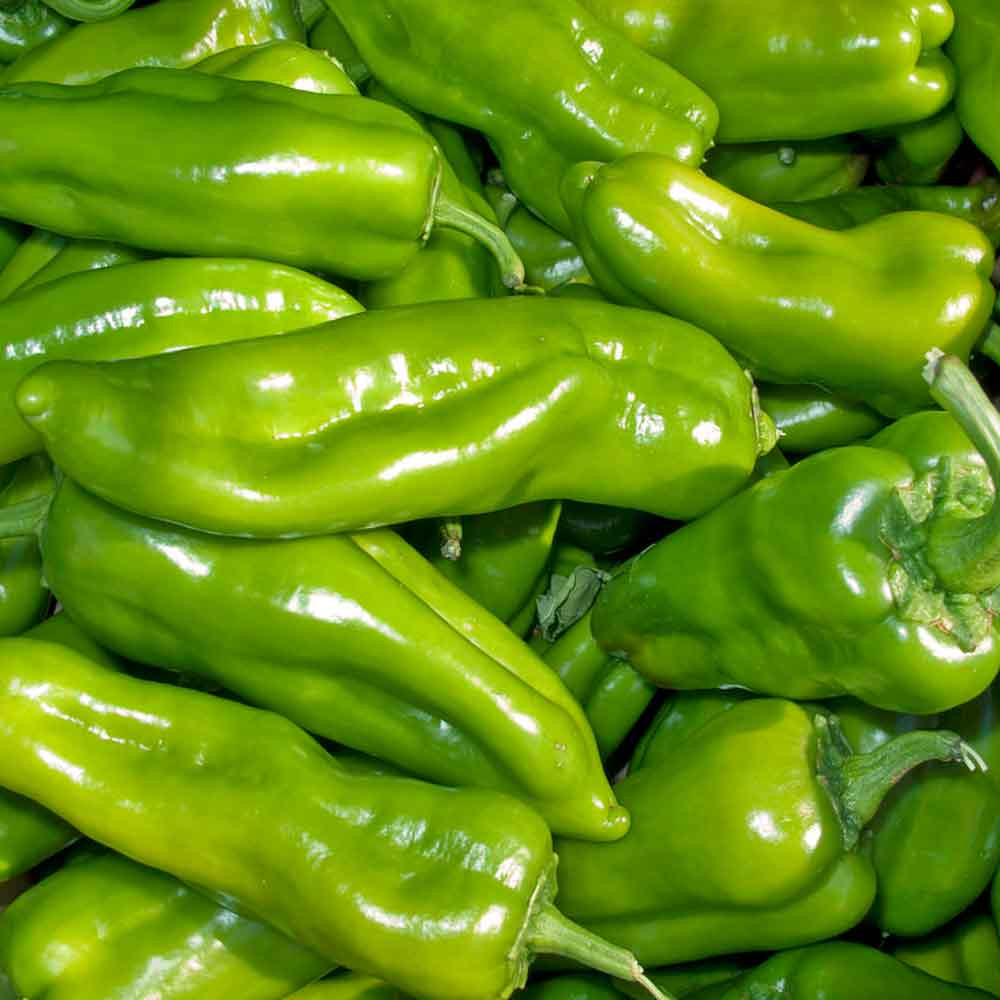 This beloved Caribbean sweet frying pepper has also won both Italian and Spanish hearts and taste buds. Known as "Friarelli” in Naples, Italy and “Ají Cubanela” in Spain. With an unmistakable sweet flavor with just a hint more spice than typical bell peppers, they dress up salads, pizzas, stews, and soups without setting you on fire.

Cubanelle looks like an elongated bell pepper with a sweet and mild flavor that is perfectly revealed when fried or sautéed. Fruits are 2 inches wide and 4-6 inches long, thin-walled, with distinct tapering at the end making them beautifully suited for stuffing, frying, or pickling. Sometimes confused with banana peppers, they are fatter and shorter with their tapering tips and obvious flavor proving their identity.

Fruits ripen from pale yellow-green through deep green, orange, and into deep rich red when fully mature. Most often used in the green or yellow-green stages, but don’t miss their more involved flavors when fully ripe. Plants grow 24 – 30 inches tall.

MSRP:
Now: $3.50
Was:
Bull Nose Sweet Pepper - Wonderful Flavor with History The Bull Nose sweet pepper distinguishes itself from newer bell pepper varieties by the crinkled "nose" on the blossom end of the pod. This...

MSRP:
Now: $3.70
Was:
Nadapeño - The Sweet Jalapeño The Nadapeño is the perfect choice for anyone wanting all of the delicious jalapeño flavors without the spiciness. Imagine your salsas, nachos, and poppers with all of...

MSRP:
Now: $3.70
Was:
Nadapeño - The Sweet Jalapeño The Nadapeño is the perfect choice for anyone wanting all of the delicious jalapeño flavors without the spiciness. Imagine your salsas,...

MSRP:
Now: $3.35
Was:
California Wonder Red Sweet Pepper – America’s Favorite Bell Pepper After nearly a century, this is still the standard by which all other bell peppers are judged, and widely considered...