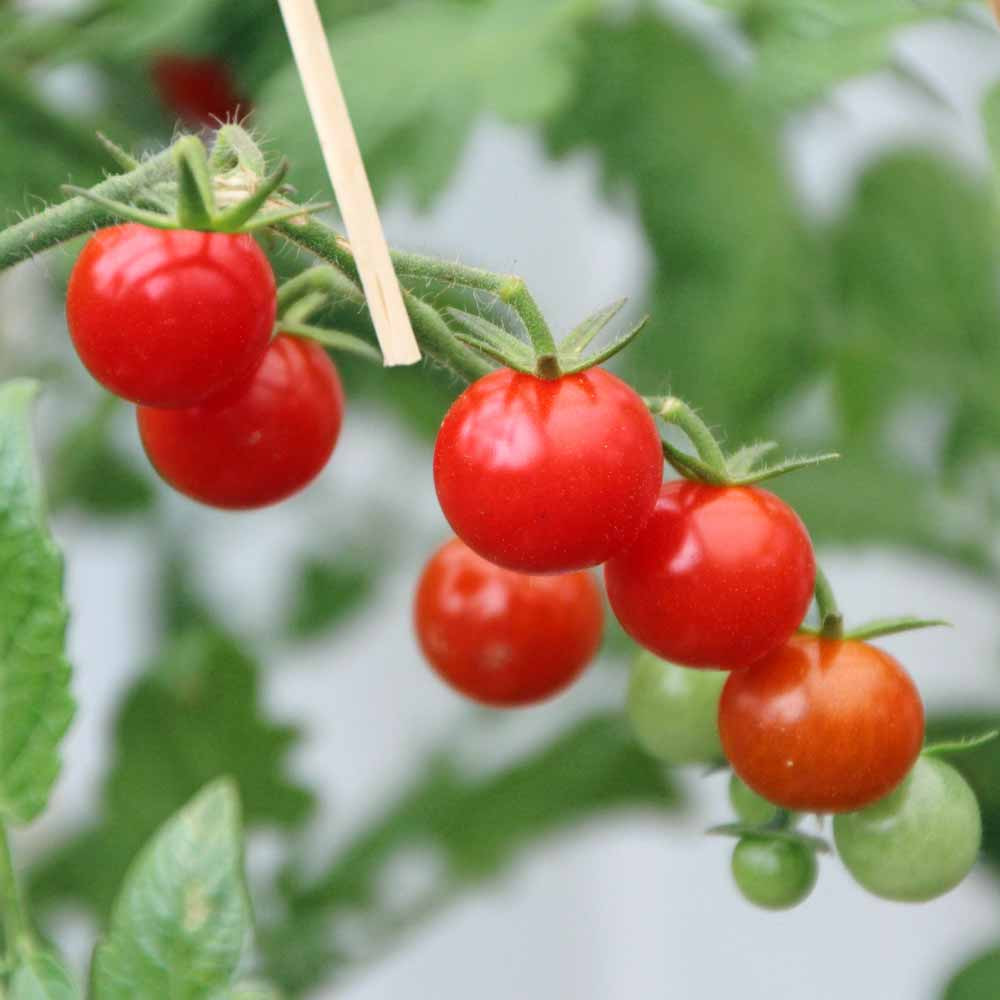 Mexico Midget Tomato - The Flavor of a Giant

The taste of a beefsteak tomato disguised into a package the size of a small cherry, the Mexico Midget is an heirloom tomato with an addictive, luscious flavor that will have you growing it year after year. Hundreds of fast-maturing, small marble-sized fruits appear on each plant over an extended growing season, often only stopping due to frost.

It grows like a weed and will volunteer freely, though oddly like other wild related tomatoes it takes a while to germinate on purpose. Hidden in the tiny red round fruits is an intense, rich flavor of any of your treasured beef-steak varieties. They probably will not make it out of your garden to your kitchen!

This heirloom tomato originally came from Barney Laman a gardener from Chico, California. He claimed they were the world's smallest tomato. The seeds were collected by Barney's brother, a New Mexico truck driver, who was hauling hay to Texas and collected them from someone who told him they originated in Mexico. The Mexico Midget surely has wild genes in its heritage.

Raw or cooked the tomato is one of the most widely used and versatile foods from your garden. Use fresh in salads, sandwiches, and salsas.

MSRP:
Now: $3.35
Was:
Stupice Tomato Small to medium sized 3 - 6 oz red fruits, sometimes having green shoulders. Very productive, very early, with a flavor that improves with the season. Does well in cool weather,...

MSRP:
Now: $3.35
Was:
Sweet Pea Currant Tomato  This tomato plant knows how to spread, reaching more than 6-12' in diameter, with the most beautiful red jewel fruits you have ever seen. A currant tomato that bears...

MSRP:
Now: $3.50
Was:
Gold Rush Currant Tomato This beautiful currant tomato was a selection made by a Dutch seedsman, chosen for its manageable growth habit and excellent set of 1/4" golden yellow fruits borne of...

MSRP:
Now: $3.35
Was:
King Umberto Tomato - The Royal Ancestor to San Marzano King Umberto is an ancient Italian tomato variety, gaining its name as a tribute to the first visit of Umberto I di Savoia, the King of...