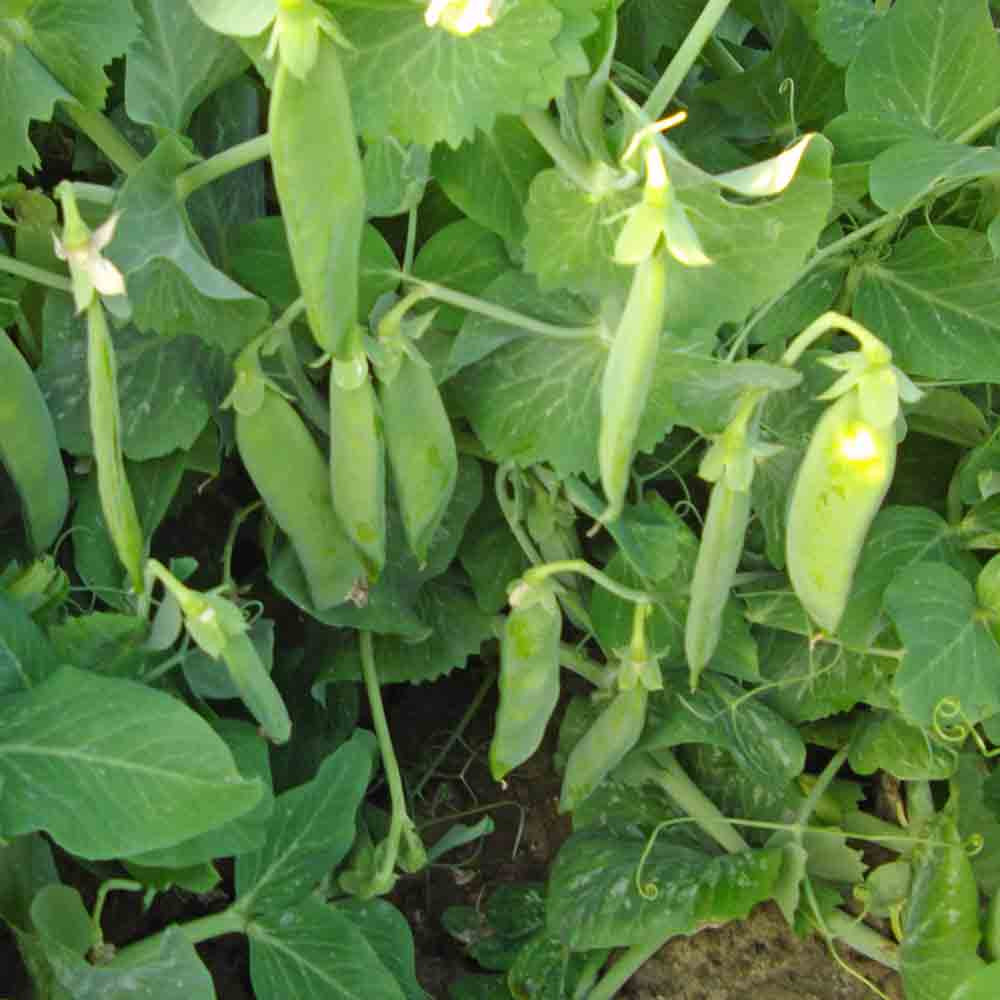 The Alaska pea was originally known as "Earliest of All" in England where it was bred to be extremely early by Thomas Laxton around 1883. It was renamed Alaska when introduced into the American market. Interestingly, the original variety has died out in Britain, but has continued to be extremely popular here in the States.

Heavy yields of round straight pale green pods with small smooth skinned peas. Plants grows to about 3' tall. and does well in cool soils.

Heirloom peas or garden peas originated in middle Asia, from northwest India through Afghanistan and adjacent areas. A second area of development lies in the Near East, and a third includes the plateau and mountains of Ethiopia.

Heirloom peas were one of the most widely grown vegetables of northern Europe during the Middle ages, as their description and cultivation was evident in almost every early gardening or agricultural book of any language in middle and northern Europe.

The most important thing to know about growing peas is that they cannot stand hot weather.  If you live in a warm climate, fall and even winter planting can be fine. Some southern gardeners sow in fall and let the seeds lie dormant in winter so that they can sprout as early as possible in the spring in order to beat the heat. Remember peas can be planted in early spring and be one of your first crops producing.

MSRP:
Now: $3.30
Was:
Little Marvel Pea - Great Producer A vigorous bushy dwarf plant 15 - 20" tall that was introduced in 1900 as Sutton's Little Marvel by Sutton and Sons of Reading, England and first sold in the US in...

MSRP:
Now: $3.30
Was:
Dwarf Sugar Pea - Colorful Blossoms One of the earliest, dwarf edible sugar pod peas around. Popular for the colorful blossoms, shoots and leaves as well as its prolific crop of curved small...

MSRP:
Now: $3.30
Was:
Little Marvel Pea - Great Producer A vigorous bushy dwarf plant 15 - 20" tall that was introduced in 1900 as Sutton's Little Marvel by Sutton and Sons of Reading, England and first sold in the US in...