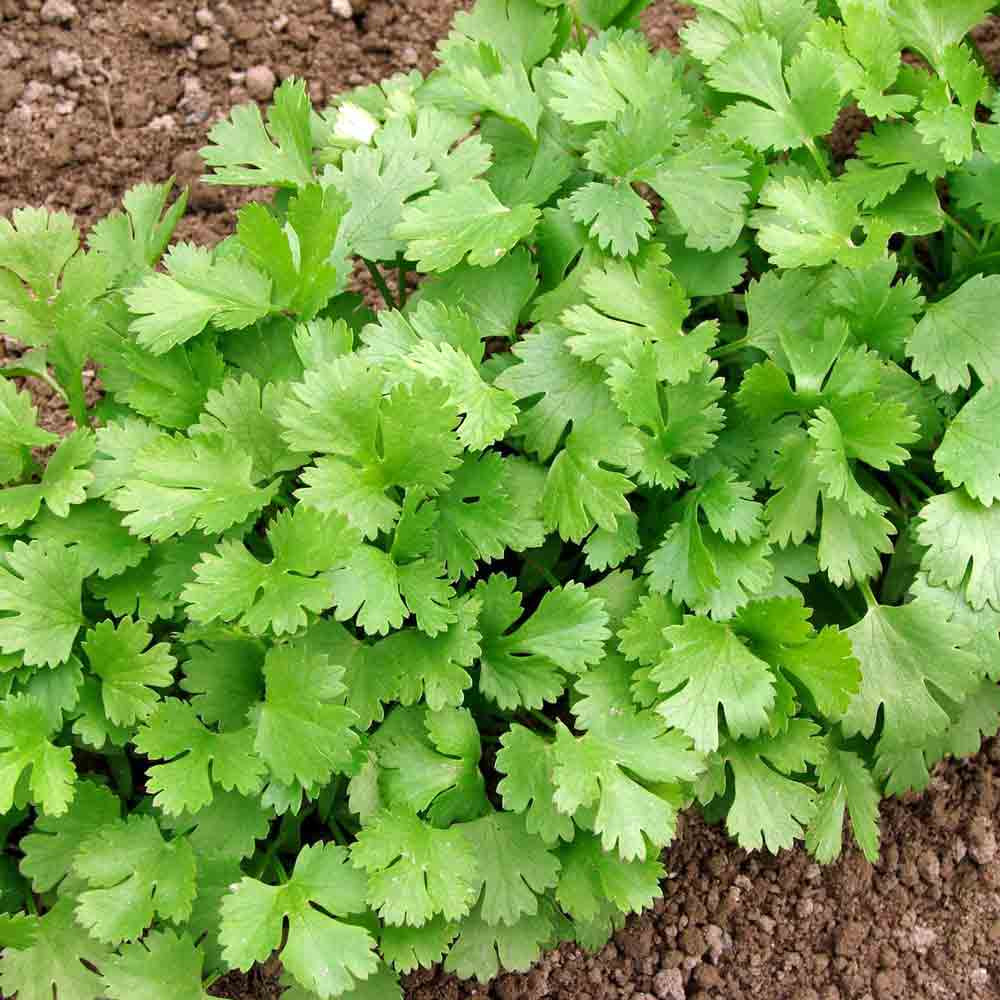 Few things awaken the taste buds and senses faster than the aroma of freshly harvested, home-grown cilantro. Mouth-watering visions of salsa usually dance in the mind soon after the scent of cilantro crosses the nose.

Whether you use the fresh leaves in salsa, guacamole, with fish, or in other ethnic dishes; cilantro leaves are an easy-growing ingredient in delicious recipes. Cilantro’s usefulness doesn’t stop there; the dried “seeds” (technically called fruits) are coriander, another well-known and loved spice for Asian, Indian and Mexican cuisines.

This annual herb has highly aromatic leaves that are picked fresh and used to give their unique flavors to food, usually added fresh or at the end of cooking. Does not cook well. The dried seeds – called coriander – have a lasting, pleasant odor described as a combination of sage and lemon peel.

Growing 1 - 3 feet tall on slender stems with broadly toothed leaves, it needs a moderately fertile, well-drained soil with occasional moisture. It tolerates slight drought and does well in shaded conditions in hotter climates. Grows exceptionally well in the cooler times of the year. Succession plant every 2 - 3 weeks to ensure a constant supply of fresh leaves.

One of the most ancient of herbs, cilantro is more popular today than ever. Known to have been grown in Egyptian gardens thousands of years before Christ, it was found among funeral offerings in Egyptian tombs.

The ancient Chinese revered it for bestowing immortality, and the Old Testament refers to coriander in several places.

Fresh leaves are used in Asian, Indian, Middle Eastern, Mexican and American cuisines as a flavor component and garnish. Seeds are an indispensable ingredient in curries and spice mixtures, bread flavoring, and gin and liqueurs. Seeds are chewed after a spicy meal in the Middle East to freshen breath and aid digestion.

MSRP:
Now: $3.35
Was:
Alaska Pea - Earliest Pea The Alaska pea was originally known as "Earliest of All" in England where it was bred to be extremely early by Thomas Laxton around 1883. It was renamed Alaska when...

MSRP:
Now: $3.35
Was:
Flat Leaf Parsley - A Breath of Fresh Air From the Garden Medium serrated leaves with crisp, pointed tips and a rich, bold pronounced flavor. Details Parsley is used fresh and is almost picked...