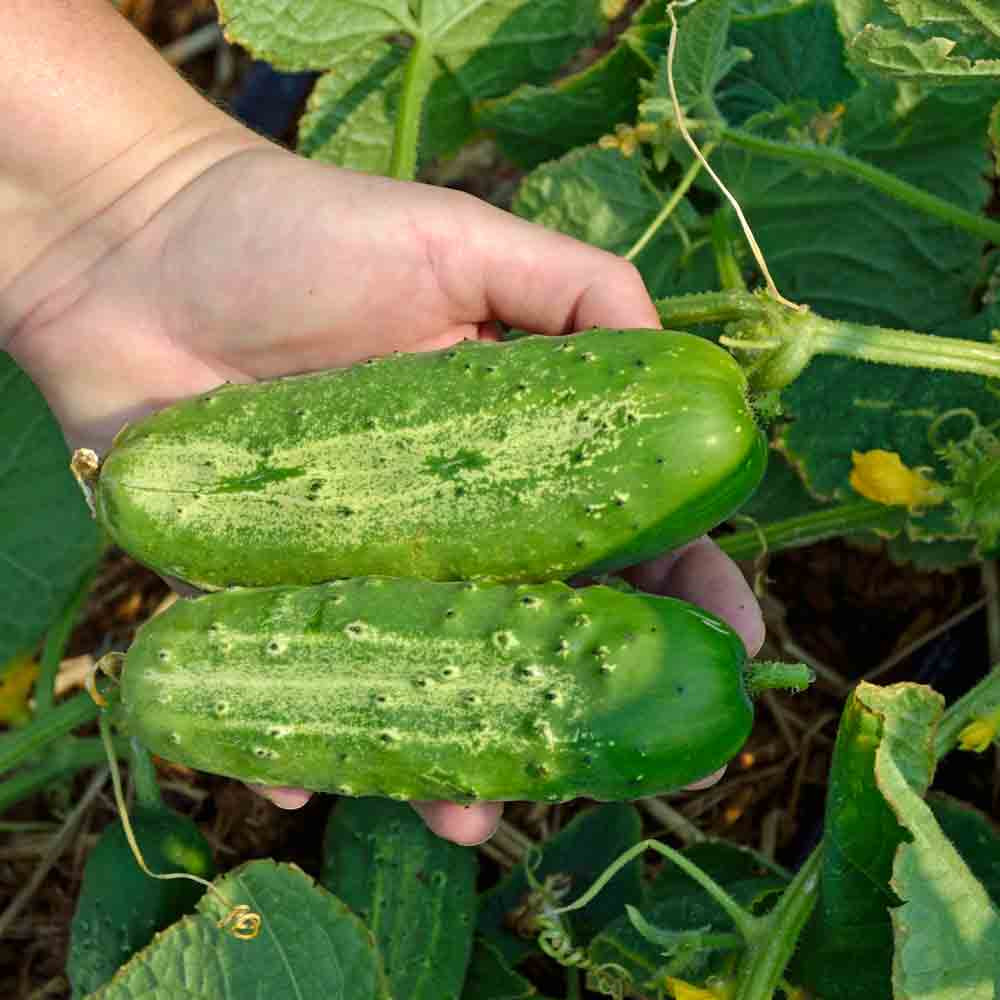 Considered by many as the standard for home-made pickles, it always gives high yields of short, blocky, thin-skinned cucumbers with crisp, solid flesh perfect for pickling.  Often described as an amazing producer, giving almost a gallon of cucumbers per plant. The ideal size is between 2–6"  to fit into standard pickle jars. If you miss a few, simply chop them for relish as they stay mild and sweet when larger.

First appeared around 1880 when it was listed by D.M. Ferry and Co. and Wood and Sons.

Very receptive to any pickling recipe, whether dill, sweets, bread and butter or spicy.