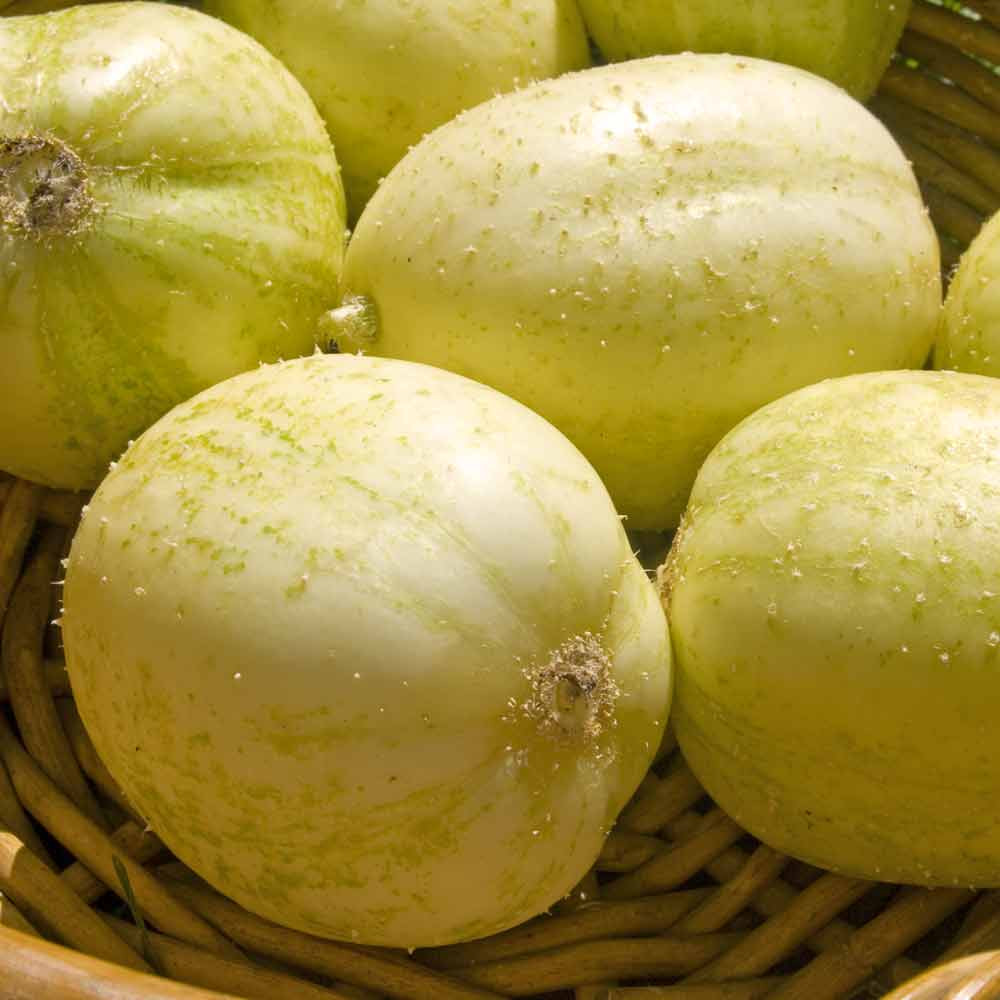 These small 3" oval fruits are about the size of a small apple with a creamy pale greenish-white color and mild, almost slightly sweet flavor with a crisp texture and no bitter aftertaste. Resembling Granny Smith apples, they are often tender enough to eat skin and all. Similar in appearance to, but unlike, the True Lemon Cucumber. This is lighter in both color and flavor.

Very productive and early, it’s best to plant early in the season to take advantage of its long production time. Often will not stop producing until fall’s frosts.  Best grown on a trellis or other vertical support to make harvesting the small fruit easier. Trellising will also prevent sprawling and taking up large amounts of garden space.

It was introduced in Sydney, Australia by the Arthur Yates seed company and was being imported and offered by American seed companies by the early 1930's.

Used fresh or sliced in salads. Pick them small and try pickling whole.

MSRP:
Now: $3.30
Was:
Boston Pickling Cucumber - An Old Favorite Considered by many as the standard for home-made pickles, it always gives high yields of short, blocky, thin-skinned cucumbers with crisp, solid flesh...

MSRP:
Now: $3.30
Was:
Armenian Pale Green Cucumber - The Burp-less Wonder The Armenian is known as the Burp-less Cucumber. Light-green, heavily ribbed, 3-4” in diameter, best to harvest at 12-18” long,...