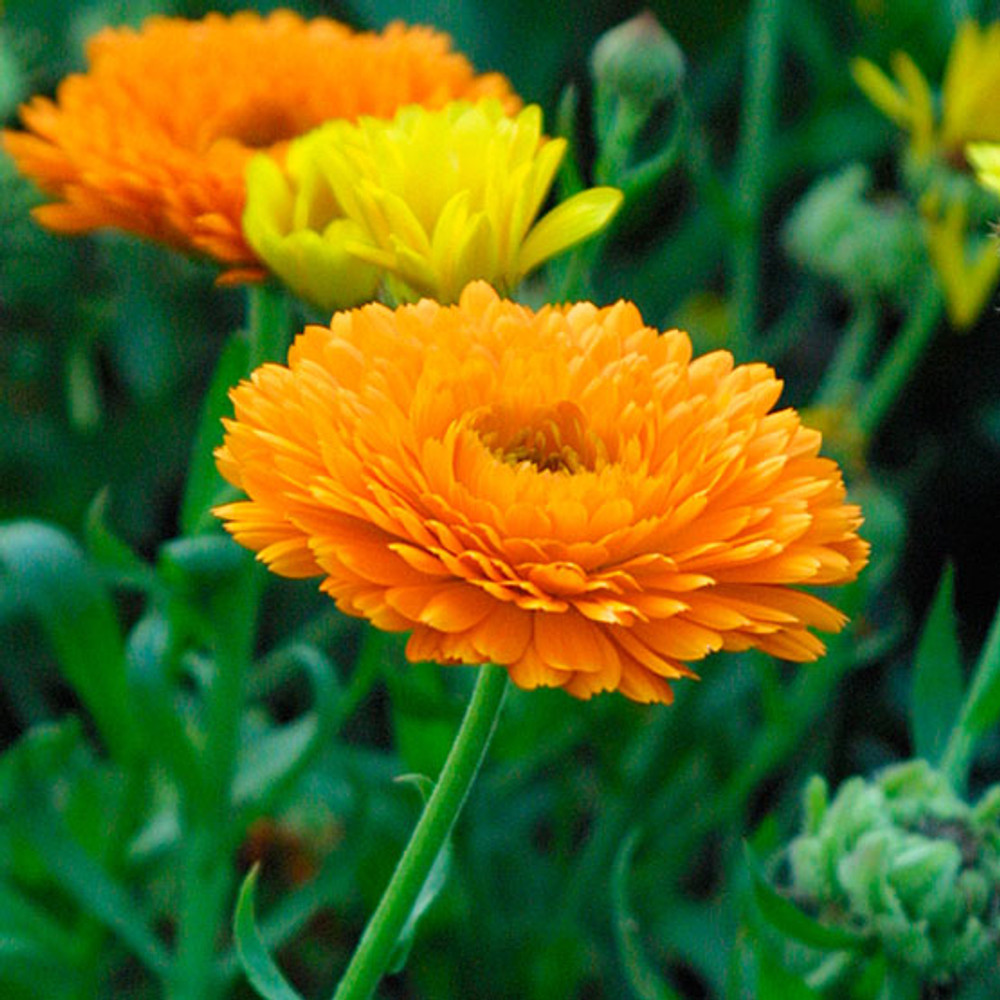 A hardy annual with 2" single blossoms in cream, yellow, orange and shades in-between.

An ancient Marigold, known today as Calendula, is very different from what are commonly called the Marigolds of the Tagetes family.

“The Common Marigold is familiar to everyone, with its pale-green leaves and golden orange flowers. It is said to be in bloom on the calends of every month (the first day of each month on the Roman calendar), hence its Latin name, and one of the names by which it is known in Italy – fiore d’ognimese – countenances this derivation. It was not named after the Virgin, its name being a corruption of the Anglo-Saxan merso-meargealla, the Marsh Marigold. Old English authors called it Golds or Ruddes. It was however, later associated with the Virgin Mary, and in the seventeenth century with Queen Mary.” ~ From A Modern Herbal (1931)

The brightly-colored petals perk up salads and baked goods while the flowers are used for teas and in medicinal herbal remedies.

Recent articles suggest that orange marigold petals are fed to laying hens to make the color of their egg yolks a deeper color. A more important benefit is that the pigment of the petals contains beneficial compounds that aid eye health.

Planting calendula can help control earwigs, as the tachinid fly, a predator of earwigs, can be encouraged by growing dill, fennel, calendula and alyssum.

MSRP:
Now: $3.50
Was:
Lemon Balm - Of Bees and Lemons Lemon Balm is so known because the crushed leaves smell strongly of lemons, has a very long history of use as a healing herb, an insect repellent and as a culinary...

MSRP:
Now: $3.35
Was:
Edible Flowers – Colorful and Tasty Our Edible Flower Mix is a colorful and tasty blend of annual and perennial flowers which are all edible. The culinary world is in love with edible flowers,...