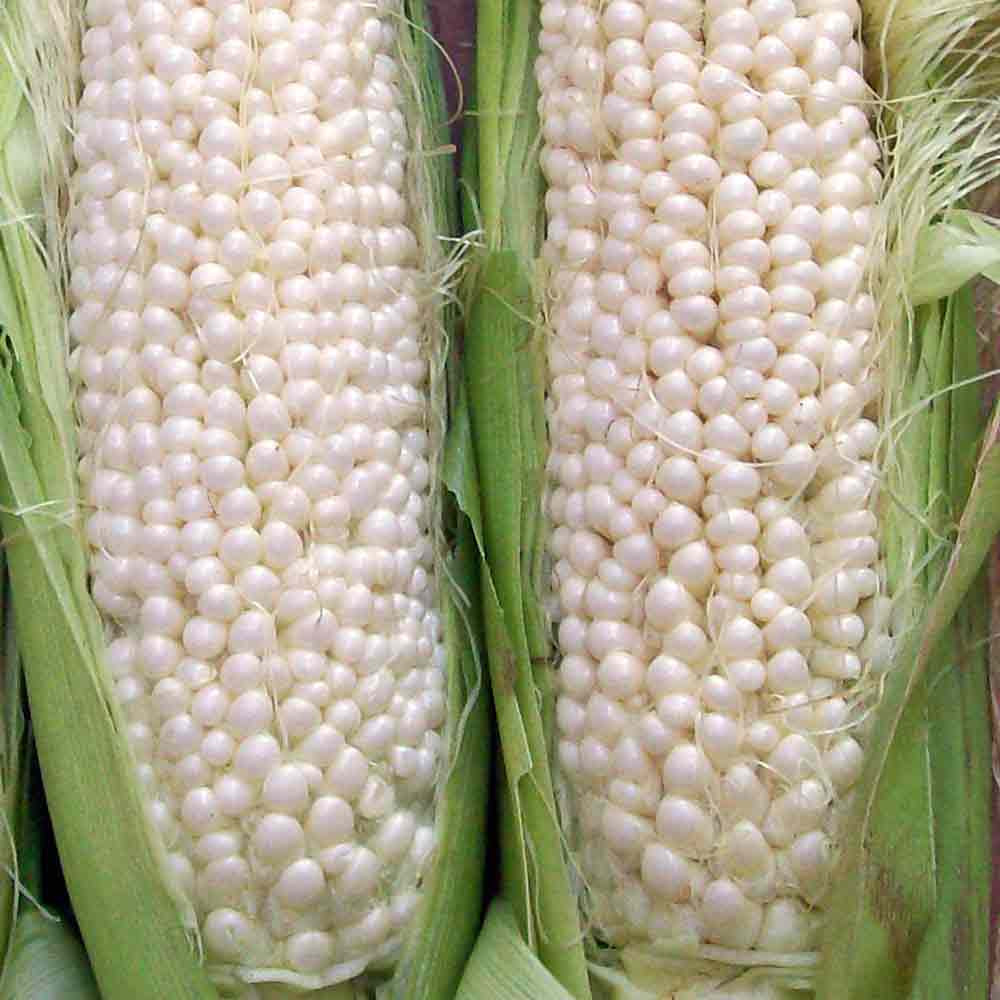 Country Gentleman was named for the famous nineteenth-century American agricultural magazine. It was bred as a cross between Ne Plus Ultra, a variety introduced in 1882, and Stowell’s Evergreen, yielding a larger ear than either parent yet retaining the “shoepeg” shaped kernels of Ne Plus Ultra. The stalks are 6-7' tall, with 8" ears and are resistant to Stewart's wilt. The long, narrow white kernels are arranged in an irregular, tightly packed zigzag pattern, thus the name “shoepeg” - one of the distinctive characteristics of this variety. The corn ripens with a flavor that is rich, sweet, and milky.

It was introduced in 1891 by Peter Henderson & Company of New York.

Corn is one of the Meso American’s earliest and greatest achievements. It allowed the Mayan, Aztec and Inca civilizations to flourish, among others, and was spread across the world through trade. Historical evidence shows corn was grown from South and Central America to the southern reaches of what is now Canada, and across the breadth of the United States.

Excellent in canning and freezing, it is at its most flavorful best when fresh. Its milkiness made it the standard corn for creamed corn recipes once so popular with Victorian cooks.

Planting 4-row blocks ensures better pollination than 2 long rows. Corn is ready when the silk on the ears is brown. Old timers say to get the barbeque hot as you go out to pick corn. The sooner it is cooked the tastier it is, and roasting it is heavenly!

MSRP:
Now: $3.30
Was:
Red Corn Poppy - The Remembrance Poppy A deep, almost blood red poppy with plants that grow 12 – 30" tall and are very attractive to pollinators. Direct sow in early to late spring for a summer...

MSRP:
Now: $3.45
Was:
Broom Corn A tall annual grass that looks like a corn plant but makes fan-shaped seed heads instead of ears. The seeds mature in the autumn in a multitude of colors, shades of red, black, amber and...