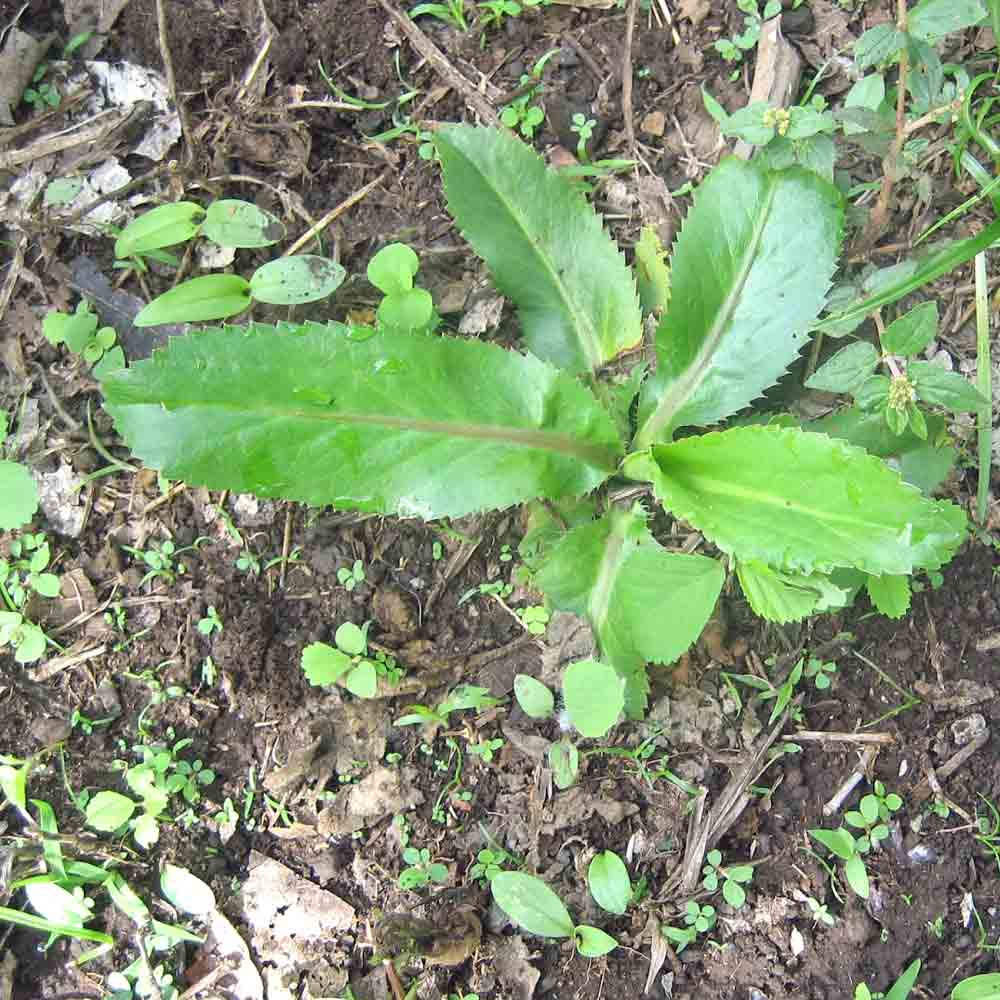 Culantro is a biennial herb grown as an annual that is indigenous to the American tropics and West Indies. The plant thrives best in well irrigated shaded conditions. Shaded areas produce larger and greener leaves with a better appearance and higher pungent aroma. Like its close relative cilantro, culantro tends to bolt and flower profusely under hot long days of summer months. The appearance of culantro and cilantro are different but the leaf aromas are similar, although culantro is more pungent. The leaves are 1/2 to 3/4 " wide and up to 4" long.

It was grown near doorways because it scent repelled snakes.

Its medicinal value include use as a tea for flu, diabetes, constipation, and fevers.

MSRP:
Now: $30.40
Was:
Kitchen Herb Seed Collection This is the easiest way to start growing one of the most useful and rewarding gardens you can grow – your own herb garden! Herbs are truly the “Seven Wonders...

MSRP:
Now: $3.25
Was:
Borage - Blue Beauties Always in Bloom Borage is a beautiful plant to have in your garden or as a potted plant. Borage makes an excellent companion plant strengthening the resistance to insects and...

MSRP:
Now: $3.25
Was:
Costmary - The Biblical Herb and So Much More Costmary is not as common as in the past, but its charming appearance, sweet fragrance and history are filled with fascinating tales from across the...

MSRP:
Now: $3.25
Was:
Lovage - The Love Parsley of the Ancient World This tall, dark and handsome herbaceous plant is perennial from Zones 3-9 and is one of the first up in the spring in most areas. Loaded with vitamins...

MSRP:
Now: $3.60
Was:
Dulce Buttons - A Little Bit of Sweet Known by the Aztec as Tzonpelic xihuitl, which literally means “sweet herb”. The tiny white buds are super sweet with a background flavor of...