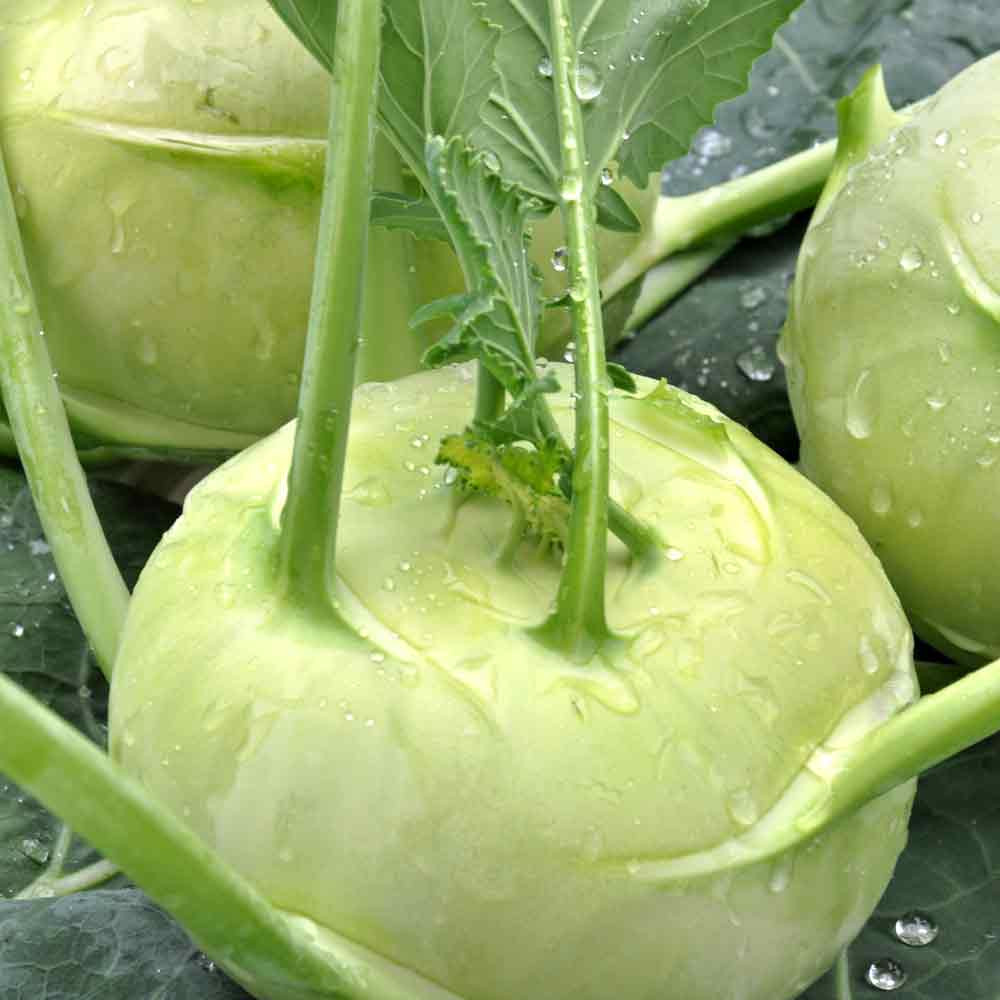 Early dwarf heirloom kohlrabi with short tops and medium stems. Bulbs have crisp, white, tender flesh that is best when 2 ½” in diameter. Harvest it young, when it tastes somewhat like a globe artichoke.

A small biennial plant with slender leaf stalks that are widely spaced on a rounded, turnip-like stem situated above the ground.

Kohlrabi is a cool season crop, so plant early in Spring or later in the Summer for a great Fall taste.

The early development of cabbages occurred in the Mediterranean region and the earliest reference to a turnip-like cabbage was by Pliny in the first century A.D., who called it "Pompeian cabbage". Kohlrabi is believed to be of North European origin but the exact history was never recorded. The name kohlrabi is derived from the German words Kohl (cabbage) and Rubi (turnip).

Kohlrabi has the succulent crunchy texture and sweet cabbage flavor common to the brassicas. It is commonly eaten raw in salads or with dips. The young leaves are mild flavored as well, making a good addition to salads. Young kohlrabi may be stir-fried, and the older vegetables can be steamed or blanched until tender. When cooking, use a gentle heat and less time to retain its mild flavor. Kohlrabi is interchangeable with turnips in most recipes.

Young, small and tender kohlrabies are what you want. Harvest when about the size of a tennis ball.

MSRP:
Now: $3.30
Was:
Japanese Minowase Radish/Daikon Radish An early pure-white tender roots are 3 in. in diameter and to 1 or 2 ft. long. Sweet, white crispy flesh with a unique flavor. Fresh favorite in Chinatown...