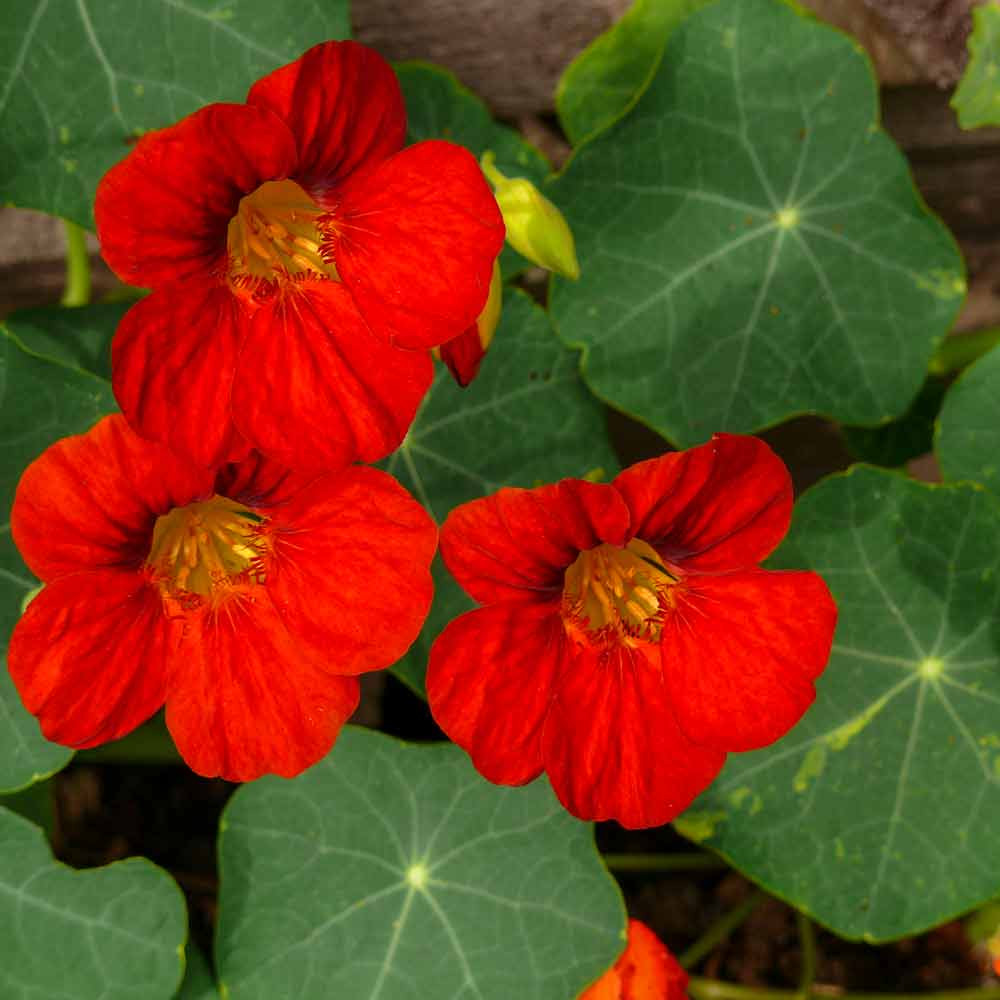 Nasturtium (Tropaeolum majus) derives its name from the Latin words nasus and toquere, which translates as "nose twister" - no doubt in reference to is light, peppery smell. Some sources credit the Peruvians for introducing early Spanish explorers to the nasturtium and to its delightful taste. Others maintain that the edible qualities of the blossoms were well known to the ancient Persians four centuries before Christ's birth. The plants were first brought from Peru to Spain. From there, nasturtiums went on to seduce England and all of Europe.

Considered to be the ultimate edible flower as the leaves, flowers, stems and seeds are all edible with a peppery, softly spicy flavor similar to watercress. Add the flower petals to salads for a bright, spicy note. Makes an unusual and tasty garnish for steaks, especially with a bit of herbed butter or blue cheese. Other uses include decorating cheeses, making nasturtium pesto, adding flavor and color to soups, and stuffed nasturtium flowers. See our recipe for Pickled Nasturtium Pods.

Nasturtiums also attract aphids, making them an excellent trap crop. If aphids attacked your young fruits trees last year, plant some of the trailing nasturtiums at the base of the tree this year. Portable containers of nasturtiums allow you to move them to affected areas of your garden. Once the plants “trap” the aphids, move the containers to a safe place, hose off the aphids, and place them back in the garden where they are most needed.

MSRP:
Now: $3.35
Was:
Indian Spring Hollyhock Mix - Tall Graceful Beauties If one flower could embody the feeling of traditional English cottage and country gardens, it is the Indian Spring hollyhock with its towering...