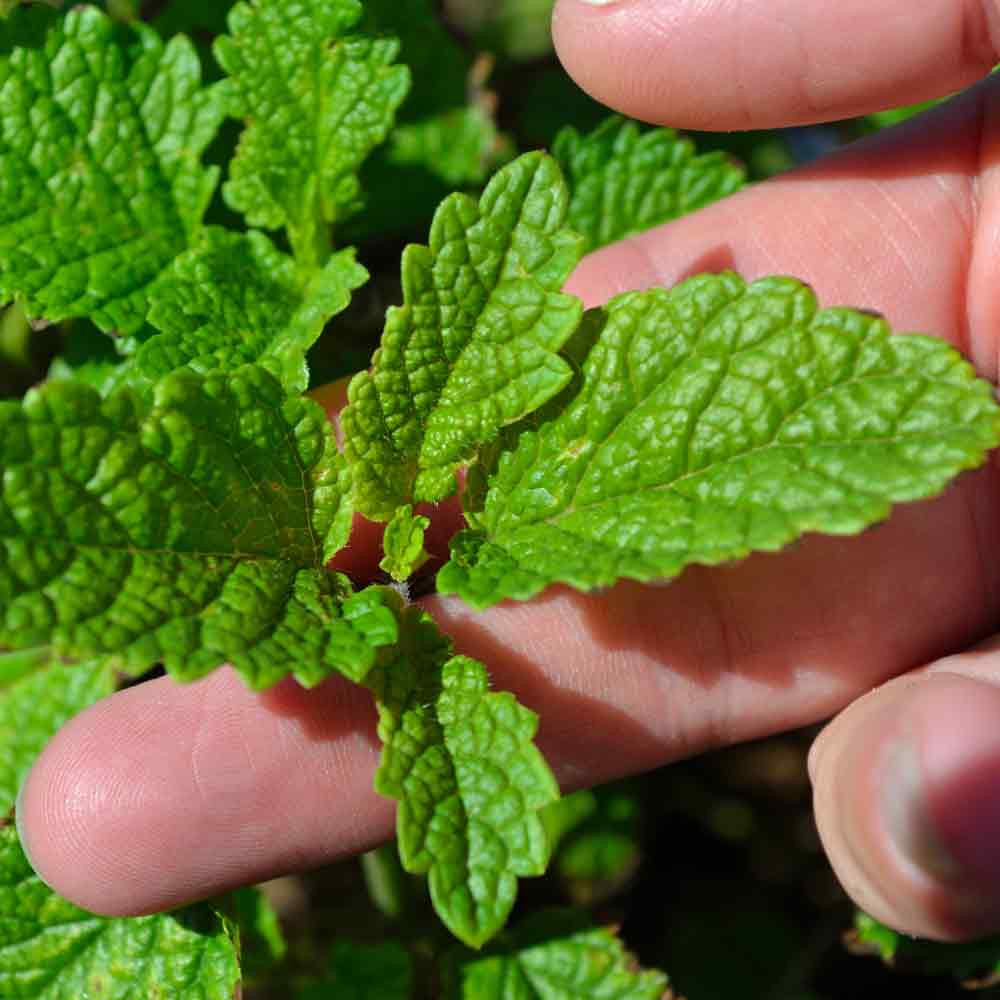 Lemon Balm - Of Bees and Lemons

Lemon Balm is so known because the crushed leaves smell strongly of lemons, has a very long history of use as a healing herb, an insect repellent and as a culinary herb. Lemon Balm is very attractive to bees and other pollinators and its scientific name is a derivation of the Greek word for bee.

A member of the mint family and a native of Southern Europe, it is not only fragrant and useful but is very prolific and easy to grow – to the point that it can be found growing wild in parts of the United States and England. It is a fairly hardy perennial with a short, dense root system and a square stem that branches. Grown indoors it will rarely be more than a foot tall, but outside it can grow to three or four feet. Easily started from seed, the loose clusters of small bluish-white to yellow flowers bloom from May until October, growing where the leaves meet the stem. The leaves are very deeply wrinkled and range from dark green to yellowish green. After pollination, long, oval dark brownish-black seeds will appear. If the seed is not collected, it will re-seed itself readily, becoming a denser stand over time. Lemon balm prefers fairly fertile, well-structured soil in partial shade if possible to get started. If planting in a planned garden setting, allow about two feet on all sides for expansion. Mulch early with hay to reduce weeding and prevent soil from splashing up onto the leaves during watering. Water deeply during dry periods to allow the roots a moisture reservoir to draw from.

The Greeks listed it in their Materia Medica as a healing agent against scorpion stings, insect and dog bites. The Greeks used an infusion of Lemon Balm and wine on insect bites or to cuts or scrapes to speed healing and treat and prevent infection. Pliny and several other ancient physicians believed strongly in its healing powers for wounds and inflammation prevention. Shakespeare mentioned it in The Merry Wives of Windsor as beneficial in making the house smell more festive and inviting to one’s guests. In the Middle Ages it was used to reduce stress and anxiety, promote sleep, improve appetite, and ease pain and discomfort associated with digestion. It is often combined with other calming, soothing herbs, such as Valerian, chamomile, and hops, to enhance the overall relaxing effect.

Harvesting of leaves should be done before flowering for optimum fragrance, though any drying will significantly reduce the odor. The leaves are best used fresh if at all possible, and adding a couple of fresh leaves to a pot of tea will improve the taste. If drying, do so very soon after harvesting at 90° to 110°F and if using for teas, dry the stems as well.

MSRP:
Now: $3.30
Was:
Pot Marigold A hardy annual with 2" single blossoms in cream, yellow, orange and shades in-between. An ancient Marigold, known today as Calendula, is very different from what are commonly...