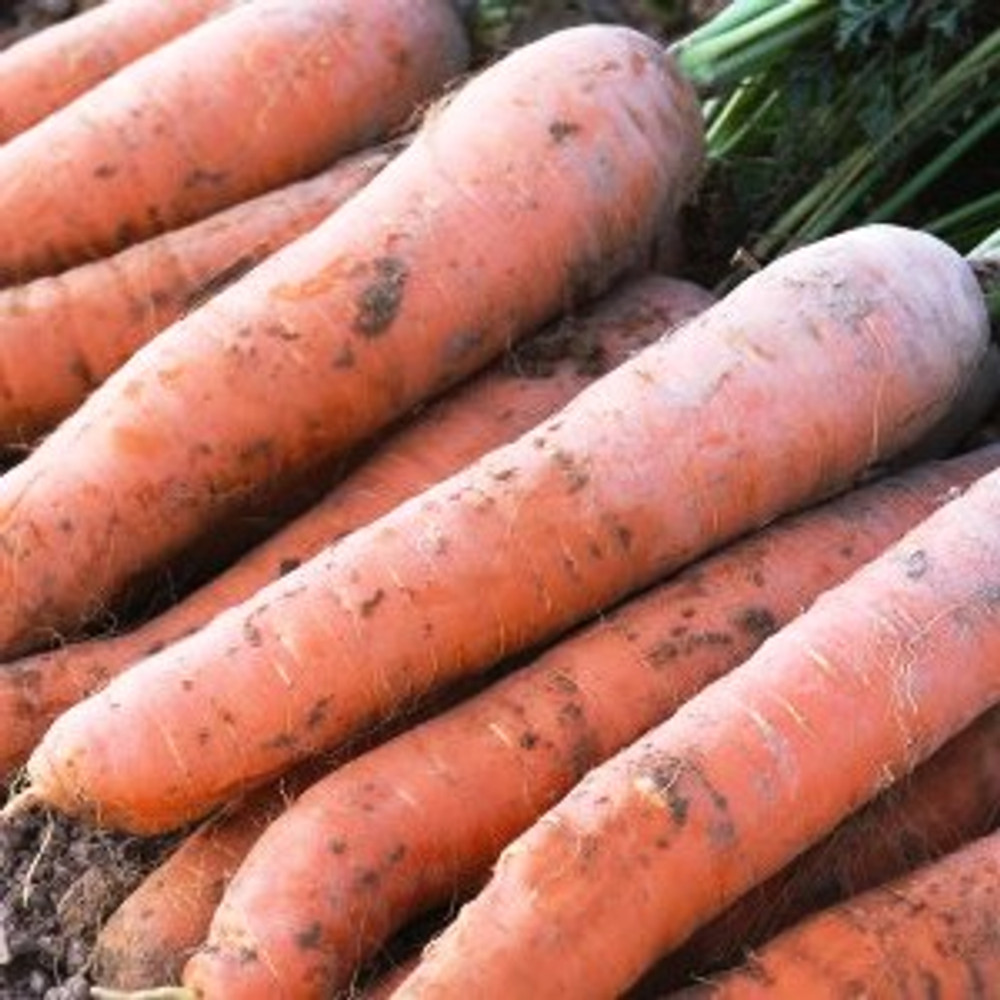 Bright red-orange flesh is crisp, sweet, and delicious with a high sugar content, fine grained with almost no core. Average 6 - 7” long with blunt ends and small to medium tops. Also known as Early Coreless and Scarlet Nantes Coreless. Developed around the town of Nantes, France and introduced to the United States in the mid 1900's. A favorite choice for juicing due to its high moisture content.

MSRP:
Now: $3.30
Was:
Parisian Carrot - Sweet Tasty Tidbits Parisian carrots are highly prized among chefs for their natural “baby carrot” size and their bright flavors bursting with sweetness. As with most...

MSRP:
Now: $23.10
Was:
Cool Season Roots Seed Collection The best time to start planting cool-season crops is counter-intuitive – in the heat of summer, continuing to plant cool-loving crops as space opens up...