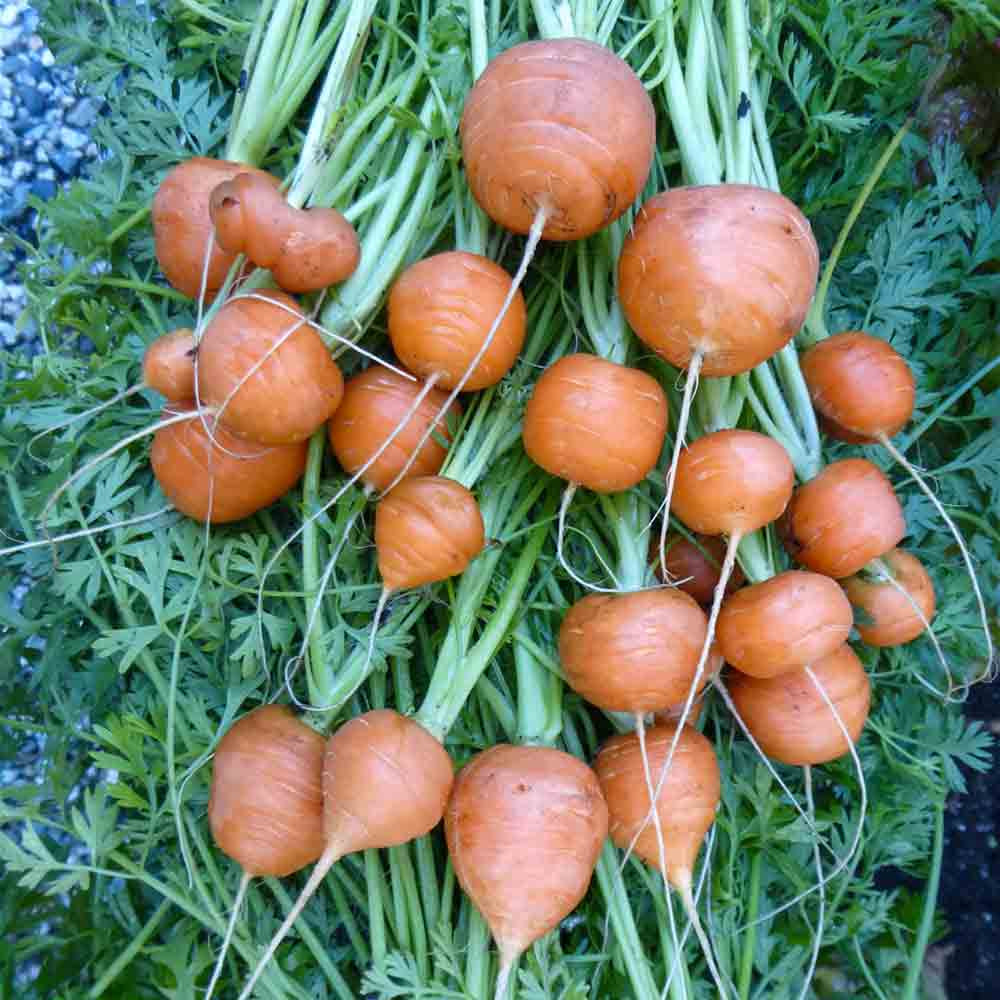 Parisian carrots are highly prized among chefs for their natural “baby carrot” size and their bright flavors bursting with sweetness. As with most older varieties, the flavors are legendary - very much bigger than its size.

Other names for this jewel are Paris Ball, Parisian Market, Tonda de Parigi - Italian for “round of Paris” carrots, Parisian Rondo, Round French, Round Paris Market, and Round Carrot.

Similar in size and shape to a radish at 1-2” in diameter, they can grow larger in very loose and fertile soil. Home gardeners love them because they grow well in heavier clay soils thanks to their short roots and smaller tops, making them perfect for squeezing into almost any space in all sorts of gardens, from traditional in-ground, raised beds, to even small containers.

If you’ve ever had gnarled, forked, or twisted carrots due to your soil, this is the carrot to grow!

This 19th-century French heirloom is an early French “forcing” type that was introduced to American gardeners in 1861, immediately capturing attention and acclaim for their versatility. Not surprisingly, they are still very popular in France and can be found at most weekend markets artfully displayed with their tops still intact.

Forcing carrots were developed so they would grow well in cold frames or unheated greenhouse conditions, back when agriculture was local and fresh produce was only available in-season.

MSRP:
Now: $3.35
Was:
Kaleidoscope Baby Carrot Mix - Colors All Around A lovely full-color spectrum of tender, delectable baby carrots. We’ve selected these carrots for their flavor, color and fast growth for both baby...

MSRP:
Now: $3.35
Was:
French Breakfast Radish - Sweet, Crunchy, Cylindrical Roots This is the radish for those who don’t like the spicy, hot bite of regular radishes. This heirloom treat has been loved for its...