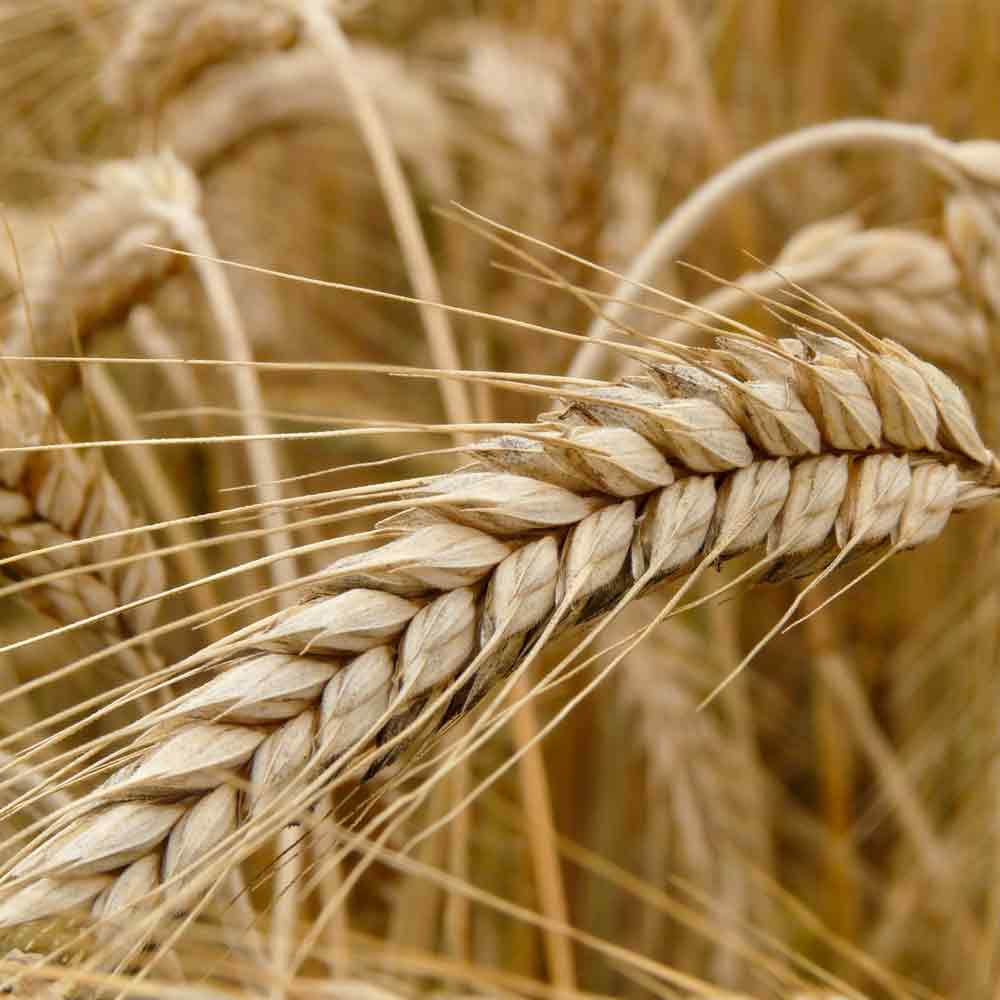 This unusual variety was originally developed as a spring-planted cereal rye for the shorter, colder growing seasons across Canada. It quickly established itself as the most reliable spring rye variety to consistently produce large harvests for Canadian growers, as cereal rye is almost universally winter planted and harvested the following summer.

Over the past decade, Gazelle rye has quietly established itself as a highly prized secret ingredient for brewers and distilleries looking for complex floral notes with earthy flavors, while bakers love the deeply delicious chewy textures and signature depth of flavor.

Even today, there are only two registered varieties of spring rye in western Canada, and Gazelle is by far the most widely grown and used. Being a spring rye makes it perfect for growing in US gardens.

Starting in the mid to late 1960s, Dr. Frank Sosulski led the research at the Department of Crop Sciences at the University of Saskatchewan to develop a better strain of spring-planted rye than what was available at the time.

The most successful trial came from a single plant selection of a fall rye strain collected in Germany. After several years of traditional plant breeding and selection, planting trials across Canada confirmed the improvements, resulting in an average 30% larger yield with measurably heavier grains having higher nutrition across the board. Dr. Sosulski named the new rye Gazelle, introducing it to growers with certified seed stock in 1974.

Rye, along with its cousins wheat and barley, is an annual grass that germinates quickly in cooler soils. It is the most winter hardy of all of the small cereal grains, germinating in soil temperatures as low as 35°F with optimal temperatures of 75-80°F. The rye kernel is medium-sized with a smooth grey-blue surface that is longer and more slender than wheat.

Young rye stands look like waves of luxurious grass, quickly growing to 3-5' tall. Rye is taller than wheat with a bluish-green tint leaf tint and has the longest stems of all cultivated small grains. Maturing seed heads are called spikes, are long and slender, and usually have an arch to them.

Cereal rye thrives in low-fertility soils and is one of the best cover crops for poor soil with cold fall and winter temperatures. It grows best on well-drained loam or clay loam soils but still gives good harvests even on heavy clay soils, outperforming all other cereal grains.

Gazelle rye has the best-developed root system of any cereal crop with fibrous, dispersed roots and no defined taproot. This extensive root system enables it to be the most drought-tolerant cereal grain and among the best cover crops for improving both soil structure and fertility.

Rye is a member of the wheat tribe (Triticeae), closely related to both wheat and barley. Its early history is inconclusive, as it was considered to be a weed growing among wheat and barley fields before its domestication, only later being established as a food crop.

This is known as a 'secondary crop', first evolving as weeds in a primary food crop and only later being recognized as another source of food.

In fact, that weediness is most likely what helped it become a staple grain in cold, damp climates because it thrived where wheat struggled.

Early Neolithic archaeological sites in Turkey dating to around 11,700 years ago contain rye berries along with cousins wheat and barley. The rye remains are very small compared to the other grains, possibly indicating they are likely wild strains.

Beyond these earliest traces, rye reappears as a weedy grain intermixed in wheat and barley crops, possibly explaining the later domestication dating to about 6600 BC at the Can Hasan III archaeological site in south-central Turkey. This is largely agreed to be the first conclusive evidence of significant domestication and cultivation of rye.

Rye seems to have spread along with wheat and barley into the damp and cold climates around the Black Sea and Germany in the Bronze Age of central Europe, 1800-1500 BC, becoming a primary crop cultivated by itself as a food source.

Rye outgrew other cereal crops in these harsh environments, becoming the main cereal crop in areas of Russia, Poland, Scandinavia, and Eastern Europe. Early European settlers in America brought rye with them in the 16th and 17th Centuries.

Gazelle rye is a surprisingly versatile grain with a distinctive, mild, earthy flavor that makes mouthwateringly delicious bread, cookies, and more. It turbocharges long-rise bread and sourdough starters and adds an intriguing depth of flavor and liveliness to pizza dough.

Rye is a foundational ingredient in Eastern European and Scandinavian bread but it adds a chewy texture and earthy flavor to cookies and sweet baked goods while pairing beautifully with chocolate.

Feed your sourdough starter Gazelle rye and watch it come to life, or sprinkle it into your favorite pancake or pastry recipe to add a delicious, rich depth of flavor.

Rye is one of the easiest crops for home gardeners to grow. Broadcast Gazelle rye seeds lightly, aiming for about a 1-2" distance between seeds, but don't worry if they are a little closer. Rake seeds into the soil, about 1/2" deep, and smooth the soil over afterward. Rye seed germinates better when in complete contact with slightly moist soil, so water moderately - aiming for about 1" of water - after planting, raking, and smoothing the soil.

Rye is easy to determine when it is mature enough to harvest - the grain will go from being soft and pliable to hard as it matures. It is ready for harvesting when you pinch the grain and it feels hard, and a fingernail doesn't dent the hull. The head will also be golden-colored and begin hanging down as the grain reaches maturity.

Harvest small crops by snapping the heads off of the stalks, or by cutting with garden scissors, pruners, or a hand-held sickle. Cut an inch or so below the head and finish drying the heads in a paper bag, or large box or spread out on a screen for at least a week or more.

The heads are dry enough to clean when you can rub a seed head between your hands and the stalks and hulls come off cleanly.

MSRP:
Now: $3.35
Was:
Indian Spring Hollyhock Mix - Tall Graceful Beauties If one flower could embody the feeling of traditional English cottage and country gardens, it is the Indian Spring hollyhock with its towering...

MSRP:
Now: $5.85 - $11.60
Was:
Cereal Rye An annual grain used for erosion prevention, soil structure and drainage improvement, adding organic matter to soil, weed suppression and excess nutrient scavenger. Rye is one of the...

MSRP:
Now: $8.40 - $16.80
Was:
White Sonora Wheat White Sonora is a soft, round-grained winter or spring wheat with pale red grains that grow on beardless heads. An early spring variety that does equally well as a winter wheat...

MSRP:
Now: $8.40 - $16.80
Was:
Red Fife Wheat - One of the Best Bread Flours Red Fife wheat is Canada's oldest and most cherished wheat, dating back to 1842. Its intriguing origin story involves a Scottish farmer in Canada, a...

MSRP:
Now: $28.75
Was:
Beginning Gardeners Collection Are you new to gardening or just new to heirlooms and just don’t know what seeds to buy and grow? Do you need a collection of tried and true seeds that are easy...