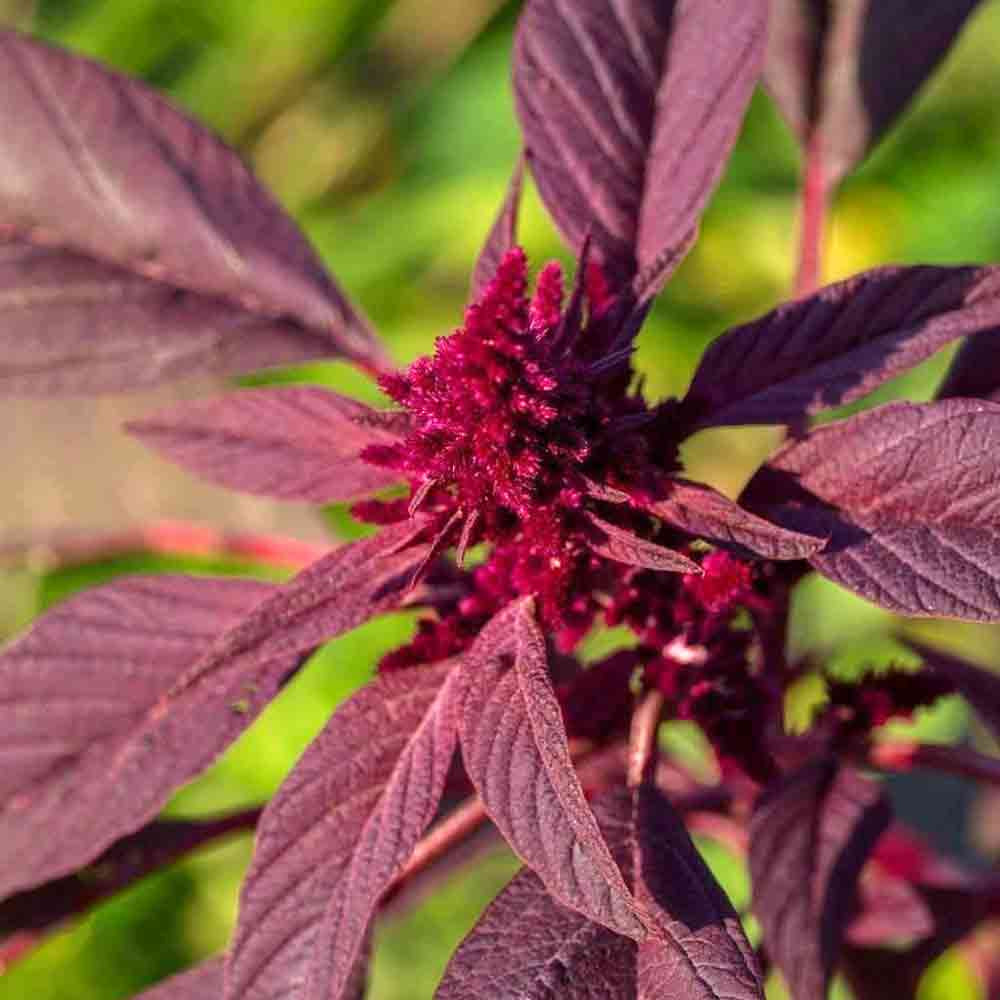 Red Garnet amaranth is a strikingly beautiful food crop supplying bountiful amounts of deep red, spoon-shaped to oval leaves with stunning magenta flower spikes and seeds, all are edible. Young leaves are used fresh like spinach, while the sprays of seed make a very satisfying gluten-free grain, used like quinoa. Plants grow from 4-8' tall, depending on soil quality.

Easy to grow, heat-loving and drought tolerant once established, amaranth can serve as a shade or windbreak while attracting birds who eat the seed and hunt insects, and provide a food crop on top of it all!

Considered to be native to Peru, it was another important food staple of the Aztecs, who also made statues of their deities with amaranth seed and honey that were broken and distributed to eat as ceremonial food. The Spanish outlawed amaranth in an effort to force conversion to Christianity, burning fields and punishing farmers.

It survived, morphing into celebration treats such as dulce de alegria (dulce meaning sweet and alegria meaning joy in Spanish) and is a sweet candy-like confection made from popped amaranth mixed with sugar or honey.

A popular choice for sprouting, micro-greens, or in salad mix - Red Garnet amaranth adds color to any plate. Used as sprouts, they are ready in 7-15 days with a delicate flavor for sandwiches and salads. Makes a great bird attractant when the brightly colored heads are harvested after setting seeds.

MSRP:
Now: $3.30
Was:
Red Corn Poppy - The Remembrance Poppy A deep, almost blood red poppy with plants that grow 12 – 30" tall and are very attractive to pollinators. Direct sow in early to late spring for a summer...