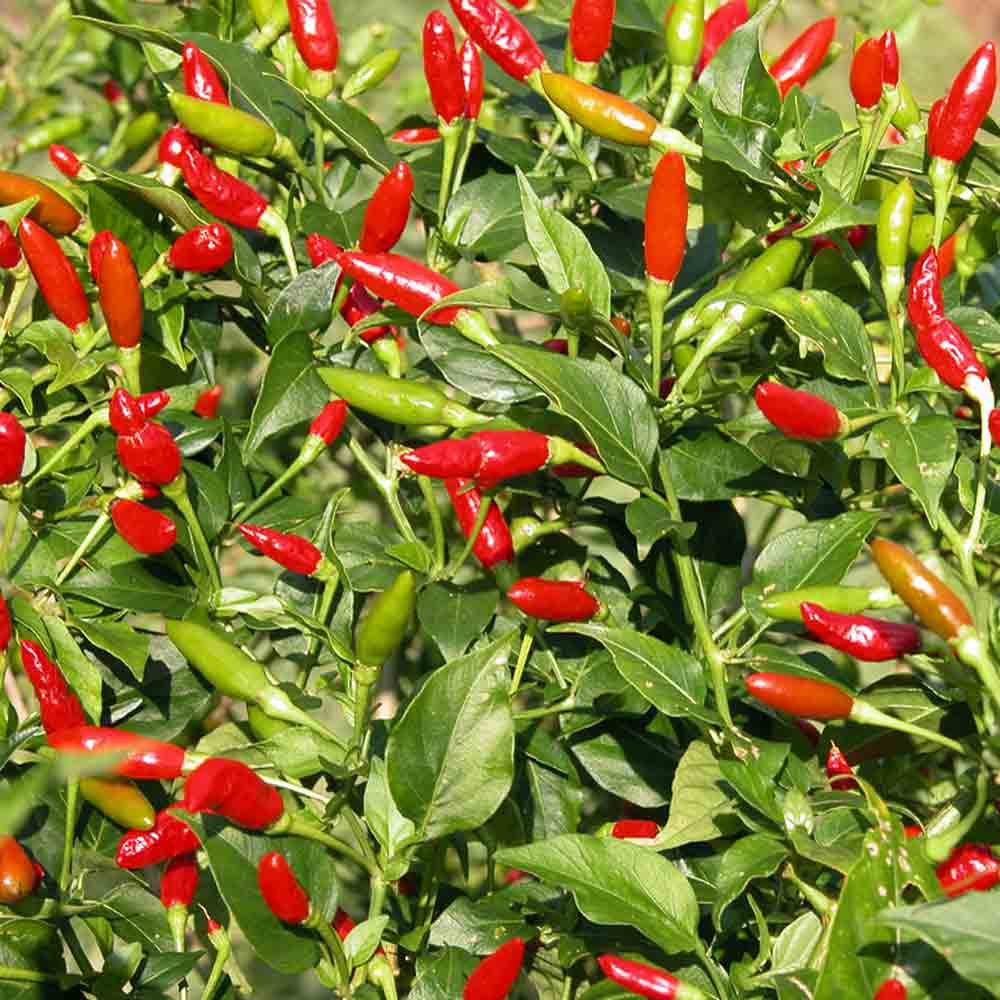 These highly prolific peppers have a surprising heat level that comes on immediately and lasts longer than expected. The 2" long peppers grow upright on bushes, ripening from yellow through orange to a bright fire-engine red. They are the only frutescens variety known with “juicy” fruits, not dry on the inside like all others, perfectly suited to fermenting!

Tabasco peppers like warm soil and warm weather to produce and ripen fully.

Named after the Mexican state of Tabasco and are the unique, treasured ingredient in Tabasco sauce from Louisiana. The name is a derivation of the Aztec Nahuatl word "tapach-co", meaning the place of shells or coral.

Maunsell White is credited with introducing these peppers to New Orleans in 1850. He subsequently gave them to Edmund McIlhenny, who married the daughter of Judge Avery, owner of a plantation on Avery Island. The rest is history, resulting in the world-famous Tabasco Pepper Sauce.

MSRP:
Now: $3.30
Was:
Jalapeño M Hot Pepper - The Original Jalapeño An improved historical pepper that is ubiquitous in Mexico and the American Southwest. It has a medium heat with a great flavor either green or red...

MSRP:
Now: $3.65
Was:
Red Peter Pepper - Spice Up Your Garden You should grow this chile despite its unusual shape. Appearances aside, this is a surprisingly good pepper with an excellent flavor balanced by a good amount...

MSRP:
Now: $3.65
Was:
Lemon Drop Hot Pepper – Addictive Spicy Citrus Flavor For those who love their chile heat with a citrus tang, this is the pepper to know and grow. Also called Aji Limon or Lemon Chile and very...

MSRP:
Now: $3.45
Was:
Chiltepin Pepper - Mother of All Peppers Looking more like a small round berry than a chile, the Chiltepin – pronounced “chill tuh peen” – is one of the oldest of the very...