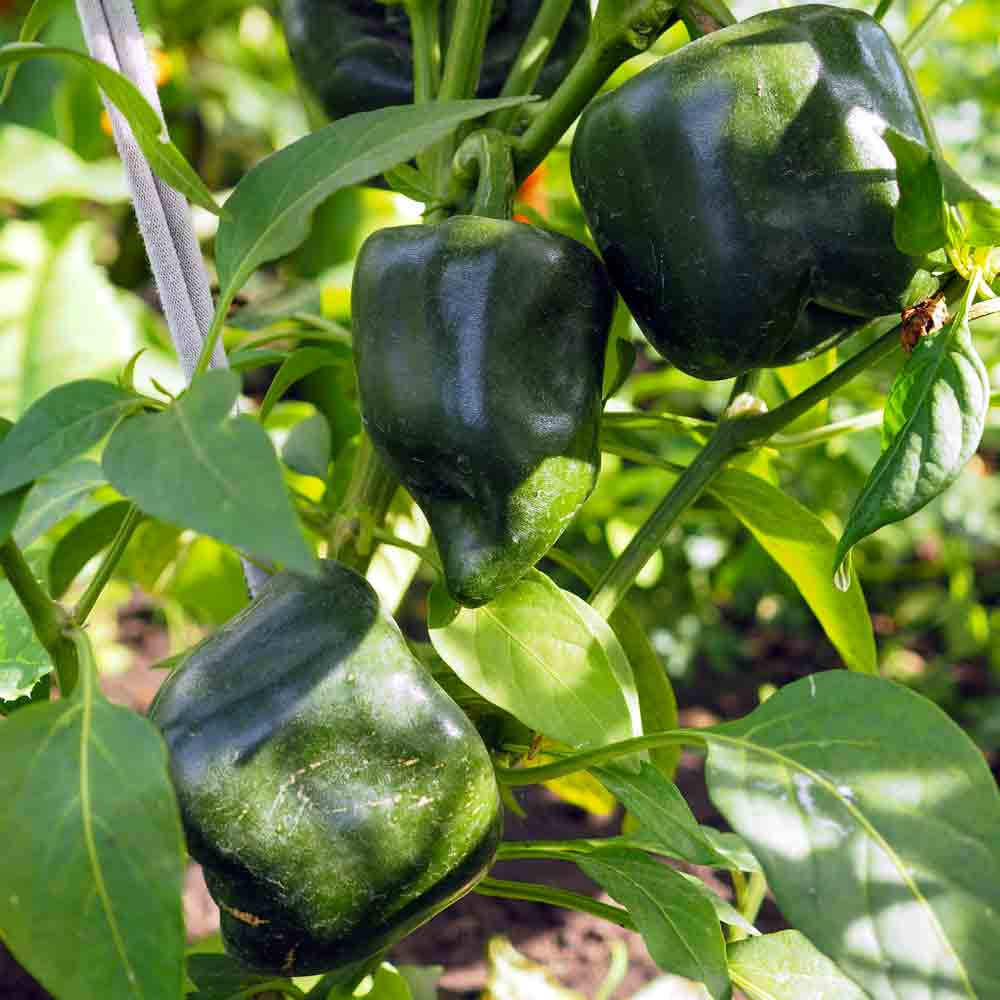 The Chilhuacle Negro pepper perfectly embodies Winston Churchill’s famous phrase “a riddle, wrapped in a mystery, inside an enigma.” This dark chocolate brown chile is the cornerstone ingredient in the revered mole negro dish and a fundamental ingredient in the quintessential seven moles of Oaxaca, Mexico. Having strong notes of cocoa, tobacco, and dry fruit with chocolate and sweet raisins aftertaste, this rare chile is worth growing and discovering in your garden.

Mole (pronounced MOE-lay) describes a family of sauces in Mexican cuisine and is considered to be one of the most important dishes in Mexico. Mole comes from Nahuatl, the language of the Aztec Empire and the modern-day Nahua people, the largest indigenous group in Mexico. The original Nahuatl word is molli, which simply means sauce.

Chilhuacle negro was ancient when the Aztecs found it and named it as such - chilhuacle or chile huacle comes from the Nahuatl word chilli, meaning ‘chile’, and huactli, meaning ‘old’. It was rare, hard to find, and expensive when Susana Trilling talked about and searched for it in her groundbreaking 1999 cookbook Seasons of My Heart: A Culinary Journey Through Oaxaca, Mexico. Starting in the late 1990s, a series of hurricanes, tropical storms, destructive pests, and fungal attacks decimated the chilhuacle crops for years, significantly reducing crop yields and financially forcing growers out of the area.

Today, there are only a handful of growers working to keep this and other ancient chiles alive in the Oaxaca, Mexico area. Several prominent chefs across Mexico have partnered with area growers to sustain and increase production. Since 2014, biologists from Mexico’s National Institute of Forestry, Agriculture, and Livestock Research experimental field station have been finding new ways to grow chilhuacle under cover, protecting them from pests and diseases.

It is one of the most expensive chiles in Mexico. In 2012, Oaxacan-grown chilhuacle negro was $500 per kilo in Mexico, and today they are offered at $1200 per kilo.

We obtained our seed stock through a mutual friend who is a grower for Rick Bayless, the Chicago-based Michelin-starred, and James Beard award-winning chef specializing in traditional Mexican cuisine.

The chilhuacle plant is bushy, reaching 24-30” tall, and is deeply rooted with sturdy straight stems, and dark green oval leaves with white flowers. Roots can reach 27-47” deep, with the bulk located 2-15” deep, reaching for moisture in the soil. Flowers are individual, appearing in the fork of branches, with each branch having 5-6 or more flowers. The fruit is moderately hot, blocky with smooth skin that starts out bright green, maturing into a deep dark mat brown that looks black in the sun.

They maintain their original shape and do not wrinkle as they dry. Leaving the fruit on the plant until they become leathery, then harvesting for final drying gives the deep, rich, signature flavor these chiles are famous for.

Traditionally, the peppers are dried by laying them out on rocky hillsides under direct sunlight after harvesting, which contributes to their unique flavor characteristics.

The earliest history of the chilhuacle chile is not known, due to the oral histories that were lost once the Aztecs established their empire in the area during the early 1300s.

We do know that the Aztecs named the chilhuacle chiles as an ancient chile – the black (chilhuacle negro), red (chilhuacle rojo), and yellow (chilhuacle amarillo) – in Nahuatl, the imperial language of the Aztec empire, when first encountering them, so they were considered ancient by the early 1300s.

The sauce is traditionally made by the indigenous native groups of Northern Oaxaca. The chilhuacle chili is mainly used in this area for religious purposes, or at festivals such as the Day of the Dead, the Days of the Patron Saints of Towns, Christmas, and New Year’s festivities, as well as family celebrations such as weddings and birthdays.

Friar Bernardino de Sahagún was the first to write about molli sauces in his book, General History of the Things of New Spain, also known as the Florentine Codex due to the original book residing in the Laurentian Library in Florence, Italy. The library was built in a cloister of the Medicean Basilica di San Lorenzo di Firenze under the patronage of the Medici pope Clement VII, commissioned in 1523 and opened in 1571. The book was first completed in 1575-1577 in Mexico City after almost 30 years of research and translation and was in the Laurentian Library no later than 1588.

José María Murguía y Galardi, the first governor of Oaxaca, mentioned the chilhuacle specifically in 1818 as a spice used in stews, served at funeral events, and as a dye for sauces.

Chilhuacle is traditionally used both fresh and dried and is considered by the Oaxacan people as the most important chili of the region and a crucial element of Oaxacan gastronomy.

When vine-dried and ground into a powder, the aroma and flavor are so richly fruity they are redolent of molasses or raisins. Use it as you would any high-quality chile powder to flavor soups, sauces, eggs, or any dish where the chilhuacle flavors will wake up your taste buds.

Chilhuacles grow best in well-drained, slightly alkaline, deep sandy loam soils, but will grow well in other fertile soil. If suitable soil is not available, a reasonable substitute can be made by mixing 1/3 parts well-composted cow or horse manure, local soil, and fine sand. Mix thoroughly and layer to a depth of 12-15”.

Traditionally the seeds are sown by hand broadcasting and covered using a broomstick. Most American gardeners will have the best success with starting seeds inside, just like other chiles.

As mentioned above, the deepest and richest flavor comes from letting the fruit fully mature and start to dry on the plant before harvesting, then finish drying in the sun.

If rains are expected before the fruit are fully mature, simply pull the entire plants up and hang them in a dry area with good ventilation until the fruit are leathery, then harvest as usual.

MSRP:
Now: $3.35
Was:
Jalapeño M Hot Pepper - The Original Jalapeño An improved historical pepper that is ubiquitous in Mexico and the American Southwest. It has a medium heat with a great flavor either green or red...

MSRP:
Now: $3.70
Was:
Red Peter Pepper - Spice Up Your Garden You should grow this chile despite its unusual shape. Appearances aside, this is a surprisingly good pepper with an excellent flavor balanced by a good amount...

MSRP:
Now: $3.70
Was:
Seminole Pumpkin - Hardy, Delicious, and Prolific This ancient landrace pumpkin from the Everglades has been loved and grown for centuries, beginning with the Seminole tribes and later by gardeners...

MSRP:
Now: $4.55
Was:
Zappallo de Tronco Squash - The Avocado Squash Zappallo de Tronco squash is a beloved staple and highly sought-after variety from Argentina. Rare and unusual in the US, it is a C maxima type so...

MSRP:
Now: $3.35
Was:
Sculpit/Stridolo - the Rare Italian Herb Sculpit or Stridolo is a fast-growing, mild-mannered herb blending the complex and delicate, yet distinctive flavors of chicory, arugula, tarragon, and other...